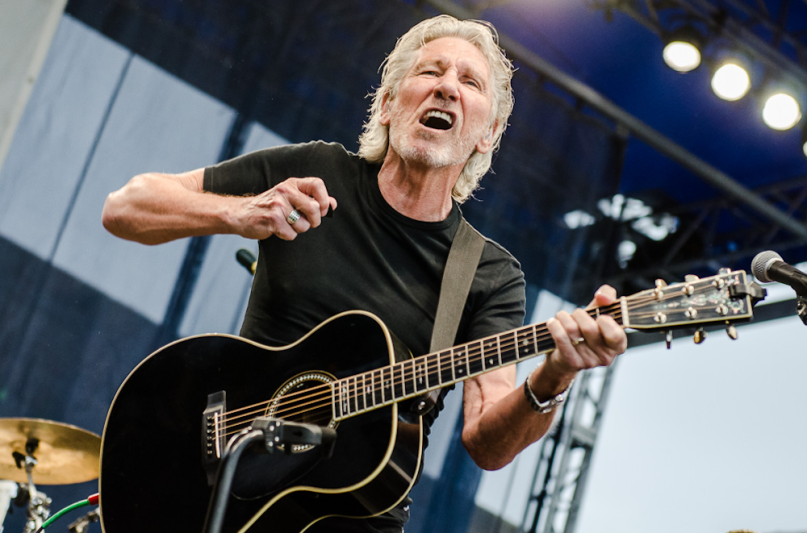 Next summer, Roger Waters will embark on a North American tour called “US + Them”. In addition to Pink Floyd classics, the 40-date jaunt will see the debut of new material taken from his upcoming solo album. The Pink Floyd legend hasn’t formally announced the project, but he did speak at length with Rolling Stone about what fans can expect from his first rock full-length since 1992.

Waters has spent the last few years working on the Amused to Death follow-up, hitting the studio and brainstorming with Radiohead producer Nigel Godrich. They met not too long ago when Godrich helped produce 2015’s The Wall, a three-disc live album chronicling Waters’ record-breaking tour of the same name. “We’ve got some really good work in the can,” Waters said; the two linked up in London and Los Angeles and plan to resume their sessions next month. Interestingly enough, Waters admits that he hasn’t listened to any of Radiohead’s Godrich-produced records (that would be everything since 1997’s OK Computer).

In terms of the album’s theme or storyline, Waters said much of the initial songwriting was sparked by a long radio play he’d been working on, which featured 12 songs and could be described as “part magic carpet ride, part political rant, part anguish.” Overall, though, the forthcoming LP is about love. “It’s pondering … the question of how do we take these moments of love – if we are granted any in our lives – and allow that love to shine on the rest of existence, on others.”

While he’s still in the trenches of the recording process, he noted that “there are no constraints” for the album — lengthwise and all — “because nobody pays you anything for them.” He added, “I so feel for young musicians, knowing that all of your work will be stolen, and nobody wants to pay you. It also means you can say anything you want.”

Elsewhere, Waters discussed the theme of his “US + Them” tour, Pink Floyd’s new massive box set The Early Years 1965-1972, and the recent but short-lived Pink Floyd reunion in support of Gaza activists. He also managed to sneak in yet another Donald Trump diss.

Below, check out a few excerpts from the interview. Read the full thing here.

On the concept of the upcoming album:

“I had written a long, meandering piece that was a radio play with about a dozen songs in it. It was the story of an old Irishman who is babysitting. You don’t know this. The thing starts off with a two-minute monologue of discontent [chuckles]: “Our children and grandchildren, ceaselessly bent over their computers, blah, blah, blah, I fucking hate this, I fucking hate that.” That was the beginning of the whole thing, this disillusionment.

You eventually discover that he is babysitting. The kid wakes up. He goes in to look after the kid, and it’s his granddaughter. She is having a nightmare, and the nightmare is someone is killing all the children. He says, “No, they’re not. They haven’t killed any children since the Troubles [in Northern Ireland].” And the kid says, “Not here, Grandpa. Over there.” The grandfather promises they will go on a quest to find the answer to this question: Why are they killing all the children? It is a fundamentally important question.

So I wrote this whole thing – part magic carpet ride, part political rant, part anguish. I played this to Nigel, and he goes, “Oh, I like that little bit” – about two minutes long – “and that bit.” And so we’ve been working. I’ve also been falling in love, deeply in love. So the record is really about love – which is what all of my records have been about, in fact. It’s pondering not just why we are killing the children. It’s also the question of how do we take these moments of love – if we are granted any in our lives – and allow that love to shine on the rest of existence, on others.”

“The tour is called “Us and Them” because it is about reaching out, holding hands and understanding – particularly understanding the simple things I have been saying for the last 40 or 50 fucking years, which is, “Building walls is not the answer.” It is particularly appropriate now that we’ve got this lunatic who talks about nothing else, about national exceptionalism – all the things that can be used to destroy all life as we know it.”

On whether the original radio play made its way onto the LP:

“Oh, it’s been completely thrown out. The radio play will be made. I will make it, because I love it. But it’s a separate issue – it overlaps what we do. Nigel’s really good. He said to me, “People always want to do these long records. How long was The Dark Side of the Moon?” I said 38 minutes. But there are no constraints on records now because nobody pays you anything for them. So everything’s off the table. I so feel for young musicians, knowing that all of your work will be stolen, and nobody wants to pay you.

It also means you can say anything you want. Well, I’ve always said anything I’ve wanted anyway.”

On how the brief Pink Floyd reunion with guitarist David Gilmour and drummer Nick Mason came to be:

“Two days ago, I emailed them and said, “C’mon, it’s time. They just emailed me back and said, “Fine by me.” We had been sort of talking – “Should we get united on this?” But if you read all the trolls on the Pink Floyd official Facebook page…”

On his role in putting together the new Pink Floyd box set:

“This had been going on for a couple of years, because of the exhibition that is going to to be at the V&A. It took a certain amount of persuasion to get some of the boys to accept their mortal remains [grins]. I haven’t taken much interest in the box set, except they all came to me a few months ago and said, “What the fuck are we gonna call this shit?” I came up with this “/ation” thing for the discs – “Germin/ation,” “Dramatis/ation.” I love the first one, from 1965-1967, “Cambridge St/ation.”

There is a bonus thing, “Continu/ation” [of BBC sessions and rare soundtrack recordings]. That was not my idea. I suggested “Petrific/ation,” “Masturb/ation,” almost anything else. “Continu/ation” is so lame. But whatever. This has nothing to do with me. It’s not for me. It’s for people who care. If people want it, I’ve got nothing against it. It’s cool.”