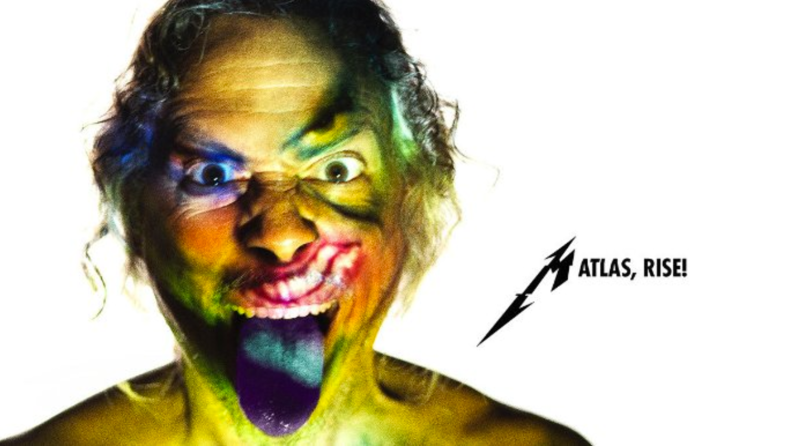 Metallica chose Halloween as the day to unleash the latest single from their new album Hardwired…To Self-Destruct. As such, “Atlas, Rise!” was released in a rather unique way: Since Friday, independent record stores have distributed free limited edition Hardwired…To Self-Destruct Halloween masks. Each mask contained a special access code for “Atlas, Rise!”, which allowed fans to hear the single 30 minutes early. For all of us stuck at work, “Atlas, Rise!” is streaming below via Spotify.

Clocking in well over six minutes, the beastly track is highlighted by the interweaving of Lars Ulrich’s slamming drums and the gruff delivery of frontman James Hetfield. “Die as you suffer in vain/ Own all the grief and the pain/ Die as you hold up the skies/ Atlas, rise!” he howls, referencing Atlas, the Titan condemned to hold up the sky forever. In addition to the lesson in Greek mythology, longtime fans should get a kick out of the wicked solo around the 3:30 mark. Update: The band has also released a video for the track.

“Atlas, Rise!” serves as the third preview of Hardwired…To Self-Destruct following the title track and “Moth Into Flame”. The full album is set for release on November 18th.