Dated November 1969, the letter politely explains why Lennon no longer wished to be a Member of the Most Honorable Order of the British Empire 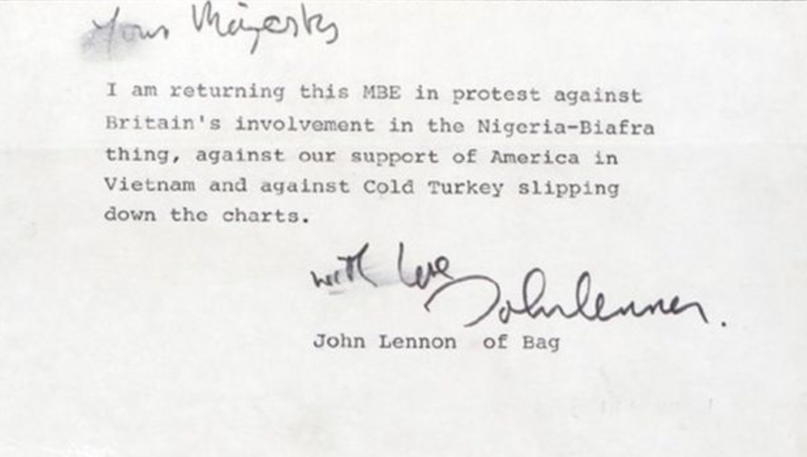 Photo via The Beatles Story

A letter John Lennon wrote to Queen Elizabeth II has been discovered inside a record sleeve from a £10 car boot haul. The anonymous finder reportedly purchased the record 20 years ago, but he only recently found the note tucked away inside the sleeve.

As BBC News reports, the note may be a draft of an actual letter Lennon sent in 1969, which remains in the Royal archive. The finder learned of its worth — a jaw-dropping £60,000 — when he took it to a valuation day at The Beatles Story in Liverpool on Wednesday. The draft may have been discarded due to a smudge on the signature, which is visible in the image above.

In the letter, Lennon explains that he was returning his MBE in protest against Britain’s involvement in the Nigerian Civil War. He also cites the UK’s “support of America in Vietnam” and “Cold Turkey slipping down the charts” as reasons for his protest.