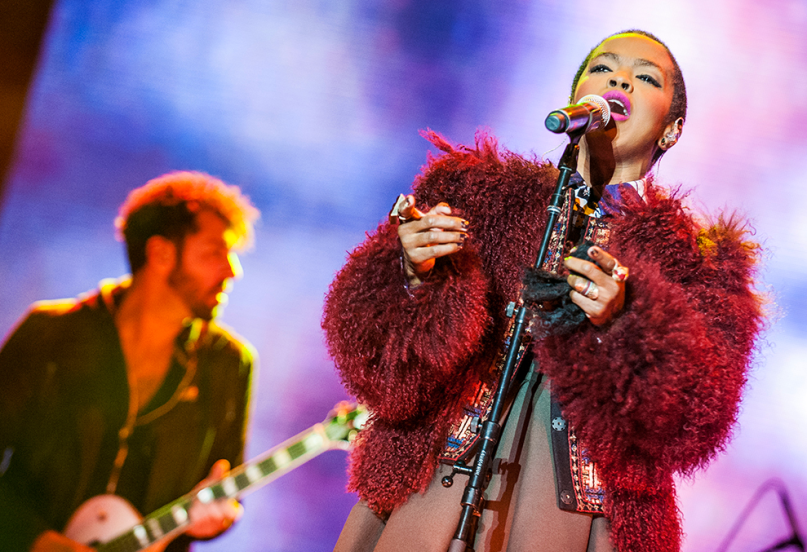 Ms. Lauryn Hill delivered one of the best sets of the night at Saturday’s TIDAL X 1015 charity concert. The legendary singer/rapper opened her highlight performance with the unveiling of a new version of “I Find It Hard To Say (Rebel)”. Written over a decade ago after the police shooting of a young black man, the song originally appeared on MTV Unplugged No 2.0, a live acoustic album released in 2002. Now, Ms. Hill has released the studio update of the track.

“Old tune, new Version, same context, even more relevant now,” Hill tweeted when sharing the song. “sick and tired of being sick and tired.” With darkly twinkling synths and an almost tropical backbeat, the new “Rebel” is available to stream below via TIDAL. (If you don’t use the streaming service, you can hear a 30-second preview using the same player.)

And just for kicks, watch Nicki Minaj go full Wayne and Garth on Ms. Hill upon meeting her backstage at the TIDAL show below.