Film Review: Into the Inferno 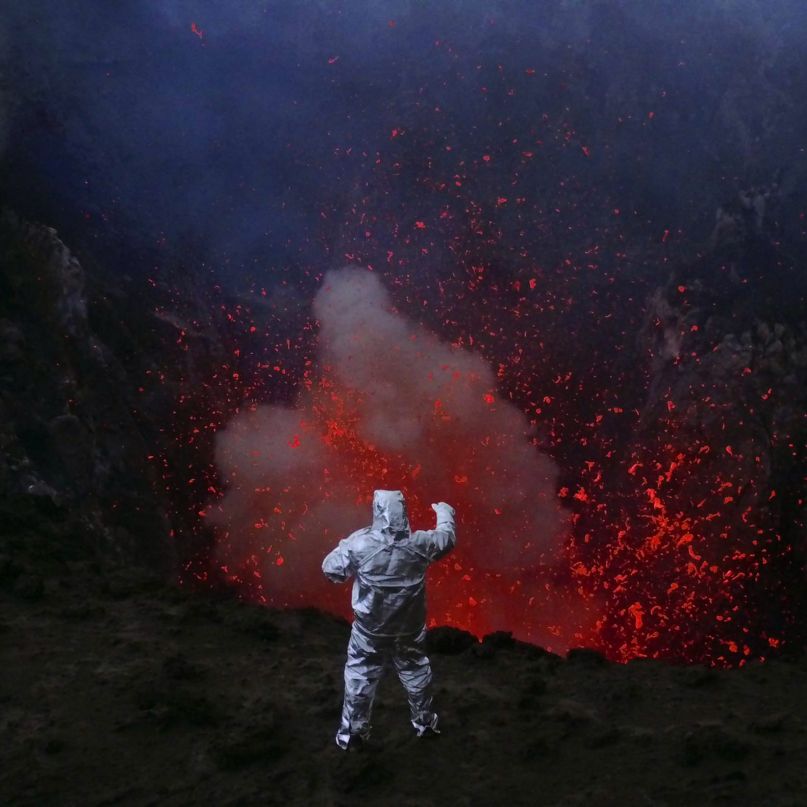 The best of Werner Herzog’s documentary work matches his subjects (usually wild-eyed dreamers in his likeness, often putting themselves in grave danger in the pursuit of a given passion), and if Into the Inferno doesn’t quite achieve the heights of a Grizzly Man or Encounters at the End of the World, it still ties into the long-tenured filmmaker’s master thesis: man’s infinite arrogance in the face of nature will one day be its ultimate undoing. Earlier this year, Lo and Behold examined, through a series of loosely connected vignettes, how the internet is slowly pulling us apart from one another. Into the Inferno, for its part, makes the case that if a supervolcano ever really went off, it wouldn’t matter.

A collaboration between Herzog and noted Cambridge volcanologist Clive Oppenheimer, and based on his book Eruptions That Shook the World, Into the Inferno also follows a number of loose threads, all tied around that central thesis of the volcano’s dormant, frightening dominion over mankind. In the film’s first, they investigate one volcano on Ambrym Island, an archipelago off the east Australian coast. There, the volcano is treated as a point of worship, and it’s believed that spirits influence the flows of lava. Before the film’s end, he also explores an Indonesian eruption where the pyroclastic flows (the combination of quickly-moving lava and gas during an eruption, like the world’s worst landslide) eliminated all but one member of the population in minutes, an East African dig site where some of the world’s first humans have been preserved, an abandoned Icelandic town covered in magma, and North Korea. We’ll come back to that last one.

Into the Inferno is delivered in Herzog’s typically inquisitive, conversational style, but the filmmaker ultimately takes a back seat to Oppenheimer, who’s an absolutely knowledgeable guide, if not necessarily one of Herzog’s more engaging documentary subjects. At times Inferno plays a bit more educationally than audiences might expect; there’s just as much about the fine science of volcanology to be learned here as there is about humanity’s relationship to nature’s violence. Accordingly, the doc either will or won’t appeal to audiences. While the time spent on a dig site with an unexpectedly energetic team of archaeologists is fleetingly entertaining, the film also spends a lengthy portion of its runtime there, and it drags the film’s momentum.

Really, this could be said of any of the film’s interludes. While there are no chapter breaks or anything to formally guide the audience in that way, Into the Inferno feels unusually episodic by Herzog’s typically cohesive standards. There are no real ties beyond the film’s disparate explorations beyond “nature is terrifying and can kill you anytime it wants,” and because of this, the film’s thesis never really comes together in any kind of satisfying way. Yet, as a simple exercise in watching Herzog and Oppenheimer engage with like-minded inquisitors, it’s a diverting enough entertainment.

That is, until Into the Inferno takes a genuinely unsettling turn in its final third. Allowed to film near Mount Paektu, an active volcano on the border of North Korea and China, Herzog uses the auspices of a scientific collaboration between outside nations and North Korean volcanologists to gather as much documentary footage of the reclusive dictatorship as he possibly can. Observing that “There is no way to see this enigmatic country other than how it wants to present itself,” Herzog goes along with the government’s wholly demonstrative performance under the auspices of documenting Oppenheimer’s engagement with the scientists, while secretly chronicling everything from televised propaganda to the village of propagandistic re-enactment statues celebrating North Korean culture, which sit at the base of Mount Paektu and are explained in detail by a North Korean military official, who waxes enthusiastic about the things Kim Jong Il appreciated in each statue.

For quite a bit of its 101 minutes, Into the Inferno is less a documentary about volcanoes or anything related to them than the entirely Herzogian theme of the endless ways man finds to pervert nature’s majesty. While the filmmaker eventually dons a heat-refractive suit to stare directly into one volcano’s roiling mouth, his inquiry never seems to lead to any one point. Yet, like so much of the filmmaker’s work, he still manages to find purpose even within the film’s meandering tone, taking notice even in North Korea of the way in which so much domestic propaganda around the film’s cities and villages frames its past and present dictators in the divine shadow of Mt. Paektu. Nature is indifferent to our science and our hubris alike, Herzog argues, and it’s a salient point, if one that starts to step on his own thesis after a while.

In fact, let’s put Into the Inferno in the filmmaker’s own words, as only he could deliver them: “This boiling mass is monumentally indifferent to scurrying roaches, retarded reptiles, and vapid humans alike.”