Excellent! Wayne’s World Mirth Mobile can be yours right now! 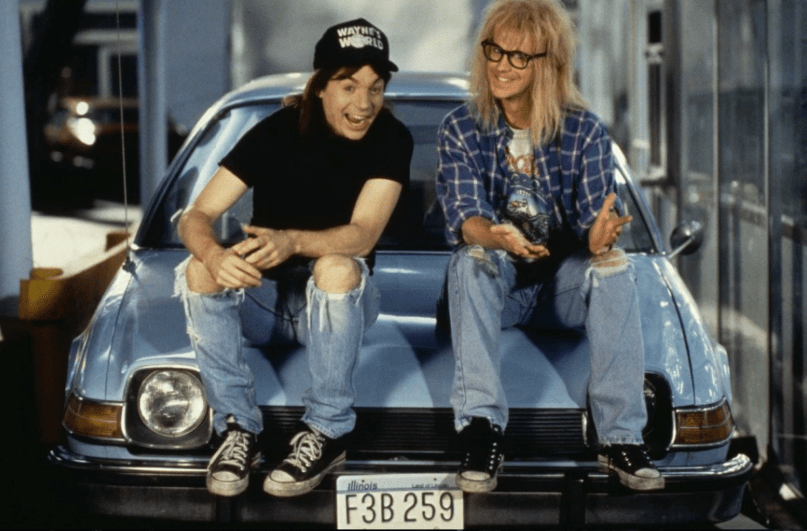 Are you in the market for a new car? Well, maybe not new, but something in the neighborhood of a 1976 AMC Pacer? Well, party on, dude, because Garth Algar’s very own Mirth Mobile is being auctioned right now by Barrett-Jackson in Las Vegas, Nevada.

According to their listing, this is indeed the original car used in Wayne’s World and has since been restored to “bring it back to its movie condition,” which means it still contains the baby blue paint job, the flame decals, and, yes, the famous licorice dispenser.

Purists, however, may take issue with the upgraded stereo and speakers, which were previously non-existent since there “never was an amp in the car.” But hey, now you can actually enjoy a little “Boheman Rhapsody” as you drive to Chicago’s Gasworks.

Of course, the innards have also been renewed, specifically the exhaust, water pump, power steering pump, alternator, battery, belts and hoses. Oh, they also went ahead to restore the grille, headlamp doors, bumper cushions, and weatherstripping.

Shyeah, and here we thought Phil had the car covered…