"That’s not going to represent anything good about him," said Mick "Woody" Woodmansey 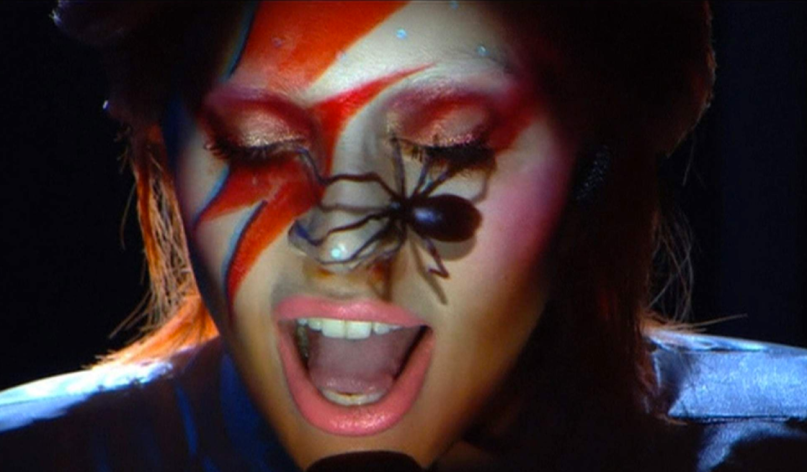 After watching Lady Gaga’s tribute to his father at this year’s Grammys, the son of the late David Bowie, Duncan Jones, expressed his disapproval in one crafty tweet. It turns out that the Moon and Warcraft director wasn’t the only prominent member of Bowie’s inner circle who thought the medley performance was “irrational” and “mentally confused.” In fact, former Spiders From Mars drummer Mick “Woody” Woodmansey and frequent Bowie producer Tony Visconti rejected an offer to take part in the tribute because they found the very idea of it “tacky.”

“We looked at it and it was going to be like 14 or 15 songs in the space of four minutes,” Woodmansey told NME, “and we just went, ‘No, fuck off, that’s stupid, that’s not going to represent anything good about him.’” He went on to question the motives behind the production, saying it didn’t seem to be “a genuine heartfelt thing.” “If there’s any other reason, it just gets tacky, and obviously you can’t stop that, they have a right to do it as they want to do it, but it doesn’t help a lot, it doesn’t do a lot.”

In lieu of Woodmansey and Visconti, Gaga ended up performing with Niles Rodgers. They managed to cram “Space Oddity”, “Changes”, “Ziggy Stardust”, “Suffragette City”, “Rebel Rebel”, “Fashion”, “Fame”, “Let’s Dance” and “Heroes” into one six-minute performance full of choreography, special effects, and costume changes. Revisit it below and judge for yourself if it deserved all that criticism.