Heems and Riz MC are important voices at an important moment 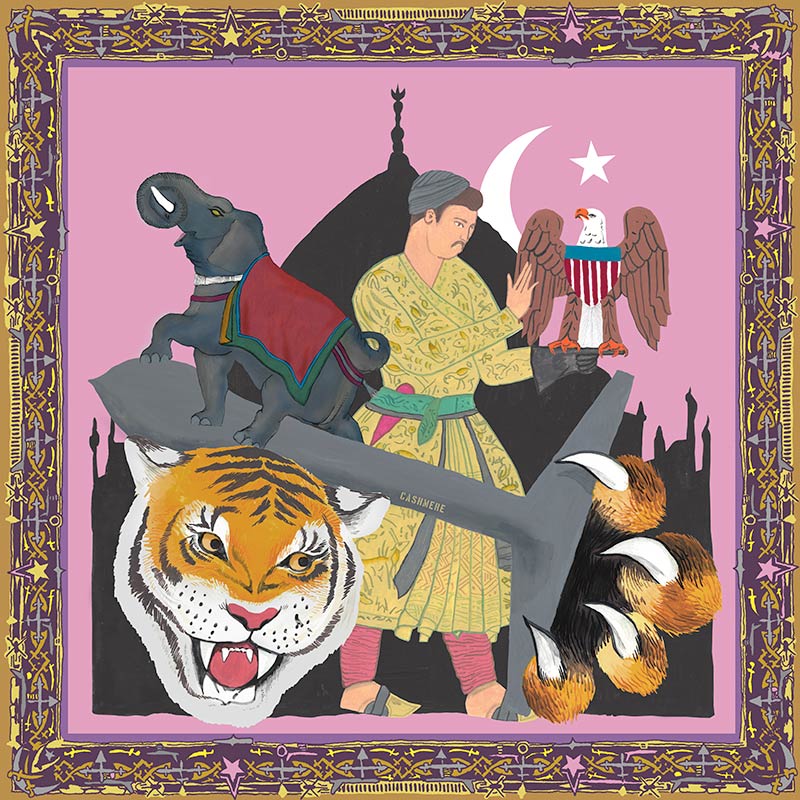 In the midst of one of the most polarizing political moments in history, wherein vile bigotry and baseless panic have become commonplace, an album from a joint Indian-Pakistani rap duo could not possibly be more essential. Swet Shop Boys are Queens-bred rapper Heems and London’s own Riz Ahmed, rapper, actor, general jack-of-all-trades. Over the last few years, Heems formed and dissolved Das Racist, released subsequent solo projects, and trotted the globe, while Ahmed found time to grow a healthy rap reputation while also ascending the acting ranks, starring in a hit HBO drama (The Night Of) and a Star Wars film (Rogue One). Fittingly, their debut album as Swet Shop Boys,Cashmere, traffics in dualities, much like the artists breathing life into it.

Much like the duo’s first release, 2014’s Swet Shop EP, the production on Cashmere is born of Heems and Ahmed’s respective cultures. In a recent interview with i-D, Heems, Ahmed, and producer Redinho broke down some of the wide-ranging influences and instruments used in the record’s creation. From harmoniums to TLC, Pakistani pop to Sampha, the record captures an immense history while also feeling current. On a track like “Tiger Hologram”, the impact of their background is abundantly clear, but the track slaps in a way that suits any club or bar on any Friday night. “T5”, a track about the constant discrimination that Heems, Ahmed, and all Muslims face when going through airports, name-checks Trump’s proposed Muslim ban over a beat largely comprising Indian and Pakistani instruments and samples. That contrast is powerful, and it runs through the album like a true mean streak. The anger, resentment, and, most importantly, the passion are palpable throughout, all related through some of the sharpest lyricism of the year.

The trouble with great lyricism is that joint tracks tend to become pissing contests, if not for the artists then sometimes for the listeners, and Cashmere has its fair share of uneven songs. About half of the tracks are true duo cuts, the rappers sharing equal parts of the load and playing off each other. “No Fly List” and “Swish Swish”, on the other hand, belong squarely to Heems, more party-ready tracks indebted to his Das Racist days. The former is an album highlight, Heems doing some serious demon-confronting over a beat that Kanye will be jealous he didn’t dream up first. Riz, on the other hand, shines on “Half Moghul, Half Mowgli” and “Zayn Malik”, both much looser in their structure. The interplay between the ney flute and Ahmed’s almost tranquil flow on “Half Moghul, Half Mowgli” is one of the most memorable facets of the record. Throughout Cashmere, Ahmed shows an affinity for songs that bend and flow in odd directions, while Heems seems most comfortable over traditional American rap constructs. The difference between the two rappers serves them well in some areas, while other parts of the record start to sound like Heems with Riz features and vice versa.

This shift in styles serves as just one lens through which to view Cashmere, an album overflowing with interesting angles: the differences between American rap and British rap, being an outsider who hails from one of the richest cultures in the world, being forced into a box based on appearance only to be viewed differently the moment you open your mouth, etc. That ability to tell stories of varying depth and importance is what rap is really all about, and in that regard, Swet Shop Boys are ascending fast. There may never be a more timely moment for these guys, and they sure as hell seem poised to make their voices heard.