Francis and the Lights – Farewell Starlite! 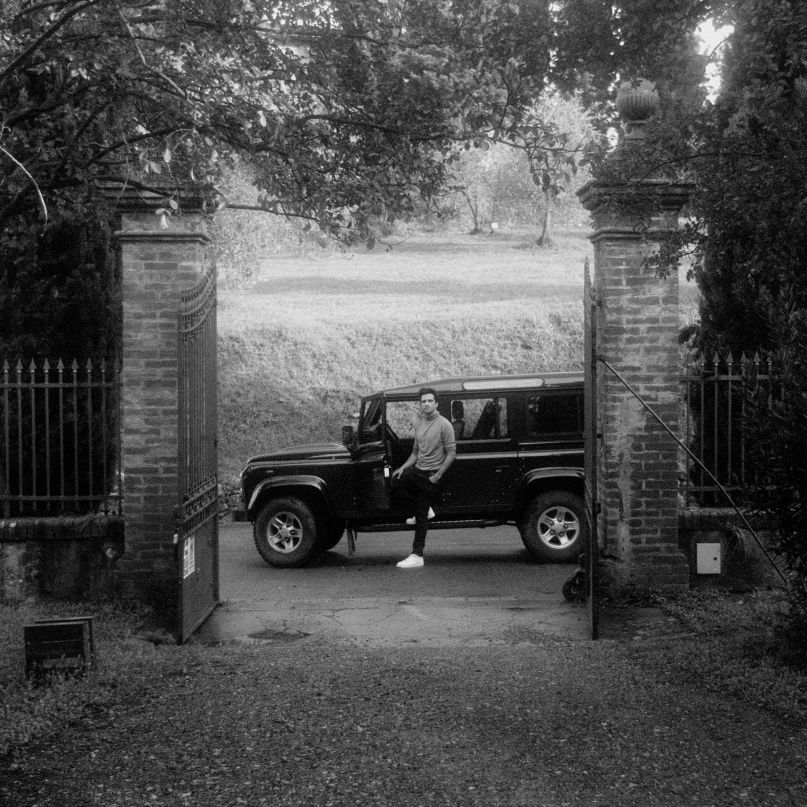 It feels worth noting that the hinge on Francis and the Lights’ recent ascendance comes on “Friends”: Francis Starlite’s buddies, his song by that name, and Chance the Rapper’s “Summer Friends”. That’s not to say that the indie pop musician hasn’t put in the work — the project’s been kicking around since a 2007 debut EP. But the inciting incidents of Francis and the Lights’ rise to prominence frequently come tied to friends in high places: a co-founder of Vimeo invested $100,000 in Francis and the Lights, LLC within a year of that debut; Starlite then toured with the likes of Mark Ronson, MGMT, and Ke$ha; one of his songs was quoted by Drake; the Lights got a feature on Coloring Book highlight “Summer Friends”; and smash single “Friends” features Bon Iver and Kanye. I’m not saying Starlite’d be nowhere without his pals, but it sure hasn’t hurt.

Looking at the credits of Francis and the Lights’ debut record (eight years in the making), he sure has enough attention-grabbing names to justify the first listens he’s gotten. Kanye’s chief among them, the eccentric megastar contributing to two tracks for a relatively obscure indie popper, showing some real belief in the dude’s potential. Justin Vernon, Vampire Weekend’s Rostam Batmanglij, Benny Blanco, Cashmere Cat, Ariel Rechtshaid: from writing to production to appearances, there are high-profile fingerprints all over this thing. And it should come as no surprise that Farewell Starlite! justifies its credits with an easy-listening record. But while it’s an entirely professional and easy record to listen to, Farewell Starlite! lacks the unique punch of any of his better known collaborators.

The obvious star of the set is “Friends”, the song Ye called his favorite of the year. The highly Auto-Tuned track uses a deceptively simple classic pop melody and a light R&B groove, fluttering layers of synth underscoring harmonies from Kanye, Vernon, and Starlite. The hook’s wide-open aphorisms make it universal, even if the verses get a little too cliche (“Wherever you may roam/ Remember who you know/ There’s a station playin’ rock and roll”) and too specific (“Heard you bought some land in Mexico”). Little picky things aside, it’s a sweet, warming pop tune.

Best case scenario, the rest of the album feels like blurry photocopies of that formula. The trouble with succeeding on a classic, straightforward pop hook is that it’s difficult to make sure lightning strikes twice, let alone 10 times. And when this formula fails to push beyond a mellow meander, it feels a lot like Phil Collins pushed through a filter of 22, A Million — though without the raw lyricism of Bon Iver’s latest, going instead for approachable and occasionally sinking into trite. “It turned out to be quite special/ A really cool party, man, a solid group of people,” goes “Comeback”. The repeated core of “I Want You To Shake” finds Francis clunkily fitting the un-sexy “somewhere in the ballpark” in the midst of a Prince pastiche. And I’ve seen Forrest Gump as many times as the next guy, but a “Run, Forrest, run” reference (as on “Running Man/Gospel OP 1”) tips across the line between Netflix nostalgia and cornball. The lyrical bet-hedging of “It’s Alright to Cry” embodies the true problem; “It’s alright to cry, it might make you feel better,” he sings. The tension and drama of heartbreak are undercut by an “alright” and a “might.” The synths and pop hook suggest high drama, but the song feels like a shrug.

But that’s not to say Starlite can’t convey resonant emotional moments. Opener “See Her Out (That’s Just Life)” has stakes, thanks both to some visceral lyrics and relatively less-cute synth instrumentation. “Oh god, I hope she escapes/ Whole damn world is a cage,” he cries in a moment, his voice trailing neon flares, the ping-pong square-waves fading out to let his words hang pained. The other Kanye-featuring (and co-written) track, “My City’s Gone” tempers the electronics, light piano chords barely coloring Starlite’s nursery rhyme delivery, West’s glitchy harmonies then given more mystic weight.

Whether you’re chasing the big names on the credits, curious who Kanye, Bon Iver, and Chance the Rapper would endorse, or just on the hunt for some more smooth sweetness a la “Friends”, Farewell Starlite! should provide a pleasant couple of listens. It’ll have its space on teenage playlists, lovelorn and hungry-eyed alike. But for others, it’ll just as easily slip into the background, nowhere near the head-turner that the friends cheering it on might suggest.