Bright Eyes singer-songwriter pares down production but lacks in urgency 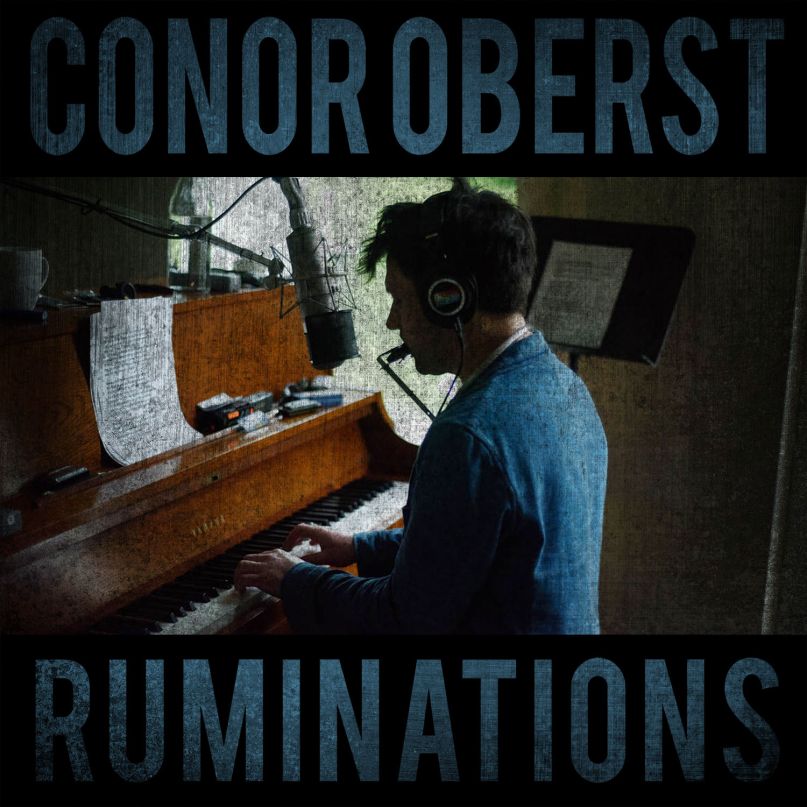 Conor Oberst turned 36 this year and his recording career is already 22 years deep. In that time, he’s gone from songwriting prodigy to indie culture mainstay, with some projects standing out more than others, as is inevitable when you offer up new music on a yearly basis. And just when it seemed like his prolific nature is the best attribute of his 30s, he released last year’s Desaparecidos record, which manages to sound every bit as hungry and agitated as the project’s original offering did a decade earlier. The point being that though Oberst’s younger days shined so bright in comparison to his recent output, there is reason to hope that greatness is not just a characteristic of his past work.

That’s what made the idea of Ruminations so exciting. Recorded at the beginning of this year back in his hometown of Omaha, the collection came as a surprise to the artist, not expecting for a winter retreat from New York to result in a new album. But Oberst decided to leave the finished result unadorned, recording the new songs in a frenzy and then leaving them alone in their original form. That kind of backstory teases necessity, the kind of art that couldn’t be contained, but that’s not really what we get here.

Instead, Ruminations is simply a retreat from the polish that’s characterized his recent output. This could be seen as a direct response from the knock on his last several albums as Conor Oberst, that the strongest songwriting on those records is often muddied by overwrought production. His Bright Eyes buddy and longtime producer Mike Mogis is plenty capable, but working together they’ve gotten away from what made Oberst so compelling in the first place: sturdy songs with clever, sad, and affecting lyrics. What Oberst was saying was often more interesting than how he said it, folk melodies and the occasional trumpet solo just vessels for an unhinged poet to share a worldview that was very much singular.

And there are flashes of that on Ruminations. Oberst is best when his guard is down, and this album takes seven songs for that to finally happen. On the third verse of “A Little Uncanny” (and directly following, I swear to god, an entire verse and chorus about Ronald Reagan), Oberst laments, “I miss Christopher Hitchens, I miss Oliver Sacks, I miss poor Robin Williams, I miss Sylvia Plath.” Maybe it’s the insertion of “poor” in front of Robin Williams that jolts an added bit of empathy into the sentiment, but the lines that follow take the audience to the necessary next step. “Every morning’s a desert, every night is a flood,” he continues. “They say a party can kill you, sometimes I wish it would.” It’s vintage Oberst, the right mix of starry-eyed romanticism and unflinching self-destruction.

This sets the stage for another one of the album’s treasures, the somber, solitary “Next of Kin”. On its first verse, Oberst works a writing exercise that finds him imagining a husband’s notification of his wife’s death, but it’s in the second verse that things turn personal. “I spread my anger like Agent Orange, I was indiscriminate,” he claims, before digging in with the line, “I met Lou Reed and Patti Smith, it didn’t make me feel different, I guess I lost all my innocence way too long ago.” Oberst’s current work demands reflections like this, but it’s too often in short order. Of course, when he does deliver, it lands like a sledgehammer, which could just as well be a consequence of his withholding the long looks inward that had come in abundance in his youth.

Ruminations is consistently good, but its greatest crime is that it never acts like it needs to be great. The ease with which Oberst works is special to hear, but you have to wonder what it would be like if he took three or four years to release an album, the boy that so effectively shouted at every institution now wrestling with age, the fire behind his eyes cooling but still smoldering. “I’ve never been a good judge of when to call it a night,” Oberst sings on “St. Dymphna Kicks Us Out”. On Ruminations, this is both the angel and devil on Oberst’s shoulder.

Essential Tracks: “A Little Uncanny”, “Next of Kin”