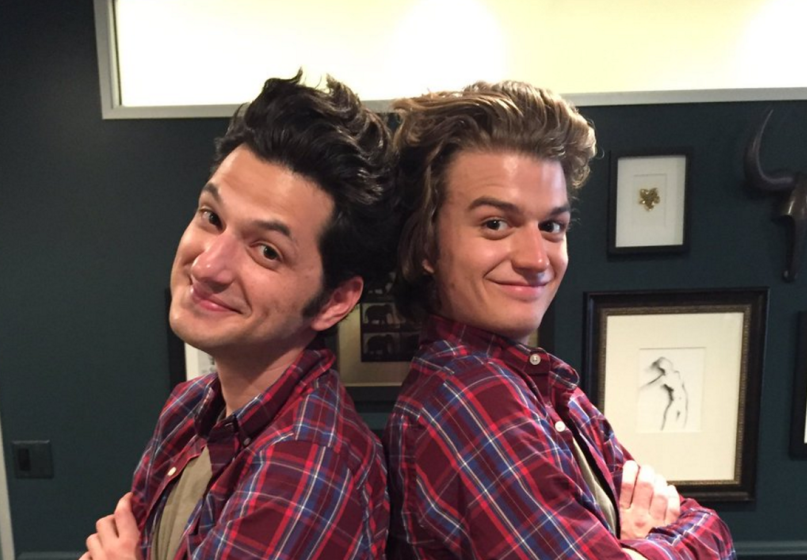 Face it, the Internet is never going to shut the fuck up about Stranger Things.

Especially not if cool shit like this keeps happening: Today, Parks and Recreation’s Jean-Ralphio Saperstein, aka 35-year-old actor Ben Schwartz, hung out with Stranger Things’ own Steve Harrington, aka 24-year-old actor Joe Keery.

Why is this a big deal? Well, if you’ve been lost in the Upside Down, allow us to refresh you: As per tradition, the Internet came up with this theory that Steve is actually Jean-Ralphio’s father, thanks to the fact that both shows take place in Indiana and, you know, the two look and act exactly the same. As the theory goes, Steven fathered Jean-Ralphio two years after the events in Stranger Things in 1985. However, after something happens to Steve (perhaps at the claws of a Demogorgon?), a Dr. Saperstein adopts young Jean-Ralphio and moves him to neighboring Pawnee.

It wasn’t long ago that Schwartz, ever a good sport for a good joke, approved of the idea. Which is probably why the two spent a solid morning together shaving, posing, and doing all sorts of father and son shenanigans. It’s strange stuff, but hey, we’ve seen stranger thi– oh, the hell with it.

The Upside Down Parent Trap. pic.twitter.com/EcVfdvOIzA