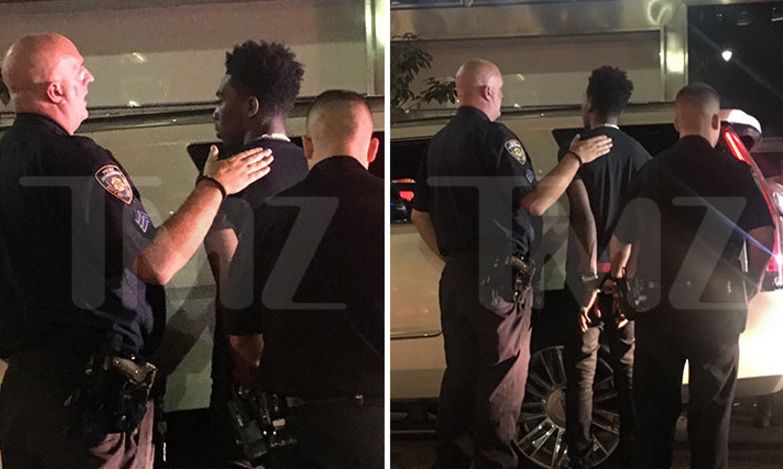 Desiigner was arrested Thursday night in New York City and remains in custody as of this morning on felony drug and weapon charges.

TMZ reports that Desiigner was riding in an SUV suspected to be involved in a road rage incident. The driver of the other vehicle called 911 after the rapper allegedly pointed a gun at him. When police arrived, they found Oxycontin and other drugs inside the SUV.

Update – Saturday, September 10th at 3:35 p.m. CT: According to TMZ, the felony weapon charge has been dropped. Police told TMZ they never found a gun and the arrest was based on a witness statement. Desiigner still faces misdemeanor charges of menacing and criminal possession of a controlled substance.

Desiiger, a Brooklyn native who turned 19 back in May, recently signed with Kanye West’s G.O.O.D. Music following the success of his hit single “Panda”. Earlier this week, he appeared on stage with Kanye to perform the remix of his new single, “Timmy Turner”.

Incidentally, Desiigner isn’t the only G.O.O.D. Music affiliate in a bit of trouble this morning. NBA player Iman Shumpert — who recently appeared in Kanye’s “Fade” video — was arrested outside of Atlanta on Thursday night on suspicion of DUI, according to FOX 8 Cleveland.