The Boss finally throws his hat into the 2016 presidential election 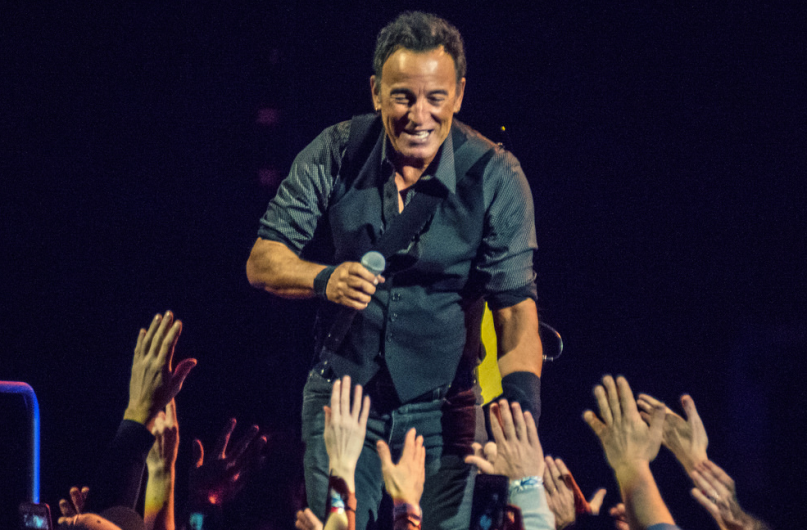 Bruce Springsteen has long held a powerful political voice, whether using it to perform songs like “Born in the U.S.A.” or to stump for candidates like Barack Obama. But the rock icon has been surprisingly mum during this bedlam of an election cycle, even with some easy targets lined up at the podiums. However, in a new interview with Rolling Stone about his autobiography, Born to Run, and its companion album, Chapter and Verse, he finally took aim at republican presidential nominee and walking personification of what happens when you let an orange rot in the sun Donald Trump.

When asked what he thought about “the Trump phenomenon,” Springsteen didn’t hold back. “Well, you know, the republic is under siege by a moron, basically. The whole thing is tragic. Without overstating it, it’s a tragedy for our democracy.”

The Boss proceeded to call out almost everything Trump’s done wrong in one succinct takedown:

“When you start talking about elections being rigged, you’re pushing people beyond democratic governance. And it’s a very, very dangerous thing to do. Once you let those genies out of the bottle, they don’t go back in so easy, if they go back in at all. The ideas he’s moving to the mainstream are all very dangerous ideas – white nationalism and the alt-right movement. The outrageous things that he’s done – not immediately disavowing David Duke? These are things that are obviously beyond the pale for any previous political candidate. It would sink your candidacy immediately.

I believe that there’s a price being paid for not addressing the real cost of the deindustrialization and globalization that has occurred in the United States for the past 35, 40 years and how it’s deeply affected people’s lives and deeply hurt people to where they want someone who says they have a solution. And Trump’s thing is simple answers to very complex problems. Fallacious answers to very complex problems. And that can be very appealing.”

Springsteen was also asked about why he’d remained silent on the campaign trail so far in 2016. “I don’t know. I think you have a limited amount of impact as an entertainer, performer or musician.” However, he added, “I don’t know if we’ve been approached or not to do anything at the moment. If so, I would take it into consideration and see where it goes.”

Questioned if there was a “lack of enthusiasm for Hillary” on his part, Springsteen said rather convincingly, “No. I like Hillary. I think she would be a very, very good president.”