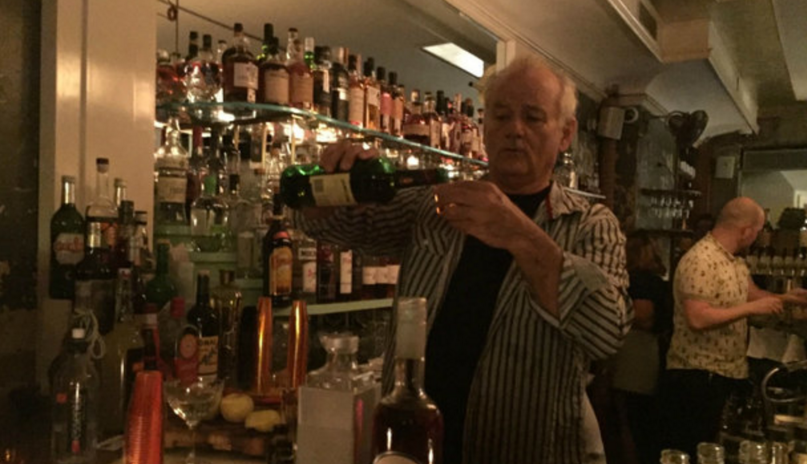 Photo via The Gothamist

Bill Murray has a habit of showing up where he’s least expected, so the revelation that he would be bartending at the opening of his son’s Brooklyn bar, 21 Greenpoint, came as more of a delight than a total shock. But the legendary actor and comedian, who kicked off his weekend stint behind the bar last night, treated patrons to even more than they bargained for.

When Murray started pouring shots at 7 p.m., the streets outside overflowed with people desperate to order a beer from an actual Ghostbuster. One video shot by Gothamist showed a line stretching for more than a block:

Once inside, patrons were treated to a jovial scene in which Murray poured tequila shots (“I’ve already done four shots,” he said less than five minutes into his new gig) and sang along to “Miss You” and “Start Me Up” by The Rolling Stones. Those who didn’t make it inside will get to live out their very own Groundhog Day when Murray makes a repeat appearance tonight at 7 p.m. Check out videos and photos from last night below.