The Boss, age 66, just set another record for his longest US concert 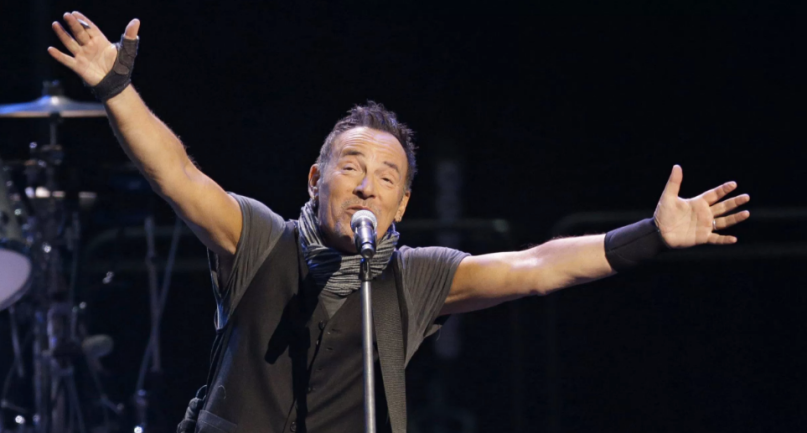 Super heroes are all the rage these days, but Hollywood need not look to comic books for inspiration. Because there’s a real-life super hero whose legacy is playing out before our very eyes. For the third time this tour, Bruce Springsteen has broken his own personal record for longest US concert. Wednesday night’s set in Philadelphia spanned 34 songs, clocking in at a stunning four hours and four minutes.

Springsteen and the E Street Band have crossed the four-hour mark on three separate occasions during their ongoing North American tour, and fell just two minutes short of toppling their world-record, a four-hour and six-minute gig that took place in Helsinki in 2012.

Oh, and here’s the point where I remind you that Springsteen is 66 years old and about to turn 67 later this month. He’s playing four-hour rock concerts on the regular. Me? I’m usually in bed by 8:00pm with absolutely no desire to get up for no other reason than to get candy.

We reached out to the folks at Guinness to see where Springsteen stands in the record books. Currently, the all-time world record for a concert by a group is 64 hours, five minutes, and seven seconds, held by the Bodhi Foundation & Maharashtra Youth Development Organisation & group at the “Veterinary Hall” Seminary Hills, Nagpur, India, from April 14th – 16th, 2009. Guinness does not currently have a world record for the longest recorded commercial rock concert, but if Springsteen doesn’t already claim that crown he will soon enough — probably by age 68.

Check out the setlist to the record-breaking Philadelphia show, along with a few videos, below.

Setlist:
New York City Serenade (with string section)
Does This Bus Stop at 82nd Street?
It’s Hard to Be a Saint in the City
Growin’ Up
Spirit in the Night
Lost in the Flood
Kitty’s Back
The E Street Shuffle
Incident on 57th Street
Rosalita (Come Out Tonight)
The Fever (tour debut)
Thundercrack (tour debut)
Night
No Surrender
The Ties That Bind
My Love Will Not Let You Down
Death to My Hometown
Jack of All Trades (with string section)
American Skin (41 Shots)
The Promised Land
Hungry Heart
Darlington County
Working on the Highway
Downbound Train
Because the Night
The Rising
Badlands