Against Me! – Shape Shift with Me 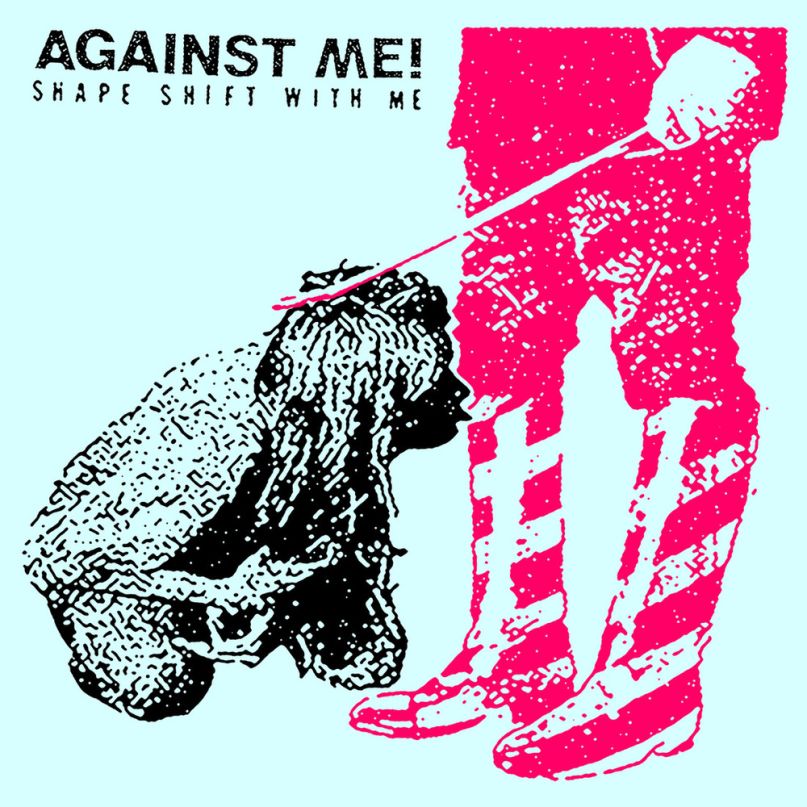 Sustaining a decade-plus-long stint in the music industry is usually a study in transformation, even without the help of a mid-career identity crisis. In 2014, Against Me! released Transgender Dysphoria Blues, a powerful barnburner, finding Laura Jane Grace as angry and cynical as ever, but also a little bit euphoric — she was singing as her true self for the first time, and despite the growl in her voice, it was a joyous thing.

In many ways, the four-piece’s newest release, Shape Shift with Me, is a continuation of the return to true punk form that started with Transgender, stripped of the arena rock sensibilities (and the influences of producer Butch Vig) that permeated 2007’s New Wave and 2010’s White Crosses. It’s also, according to Grace, a “relationship album” in the tradition of the Rolling Stones’ Exile on Main Street, as filtered through Grace’s experiences as a trans woman. As the leader of a “punk band that was expected to be political,” Grace apparently never felt that she had the space or the audience to talk feelings — although it seems like she’s been trucking with the second-wave feminist ideology that the political is personal all along.

That initial joy from Transgender can still be found in bits and pieces here, but Grace has come back down to earth a little. Women (other than Grace) permeate Shape Shift with Me. There’s “Rebecca”, to whom Grace implores: “I just want to grab you by the skull/ Rebecca, kiss me, but let’s not fall in love.” In “All This and More”, she sings of “your hips in my hands.” This feels like a reawakening all its own; if Transgender was about Grace’s struggle to become a woman, then it seems appropriate that the next chapter would explore her journey to discover what that means for her sexuality.

There’s no denying that Grace’s transition has thrust the band under a spotlight (or a microscope) in a way they had never experienced before, and with this high visibility status comes the pressure to rise to the occasion. Grace recently told Rolling Stone that Shape Shift with Me was the easiest album to write of her career, and if she feels the added pressure of speaking to and for an entire population that has historically been largely silent, she doesn’t show it.

On the other hand, it turns out that having a crush when you’re trans isn’t all that different from having a crush when you’re cis, with maybe a few more bumps along the way. “You treat me like your boyfriend, some dumb fucking boyfriend,” Grace spits resentfully on the aptly titled “Boyfriend”. Elsewhere, “333” finds her musing, “Feeling like I need to fall down some stairs.” Never one to censor herself, Grace lays her emotions raw, creating a universality that reaches beyond gender.

It’s true that Shape Shift with Me is smaller in scope than Transgender Dysphoria Blues, and certainly more so than the anarchist anthems that made Against Me!’s name in the first place. You can’t fault Grace for turning inward when the last four years have found her surrounded by tempestuous change — her shifting identity, her band being dropped by the Warner Group-owned Sire Records, the dissolution of her marriage. At one point, she tattooed her whole right arm a solid black, hoping that the physical pain would provide some relief from her inner turmoil.

The album’s tumultuous, emotional core can be found on “Norse Truth”, a song about a love affair gone sour. Grace raises her voice above a knotty web of guitar (courtesy of James Bowman) and thundering drums. “I’m forever your girl/ Please, please, say that you love me,” she deadpans, in a tone that suggests that she could take the subject or leave her.

As a cohesive work, Shape Shift with Me lacks the level of urgency and revelation of its predecessor. Fans who have come to expect certain poppier sensibilities from Against Me! may be disappointed — even in the songs played in a major key, this album is pure punk. As listeners, we might not be able to carry the same things away from it, but maybe that’s okay — at the end of the day, it’s for her, not us.