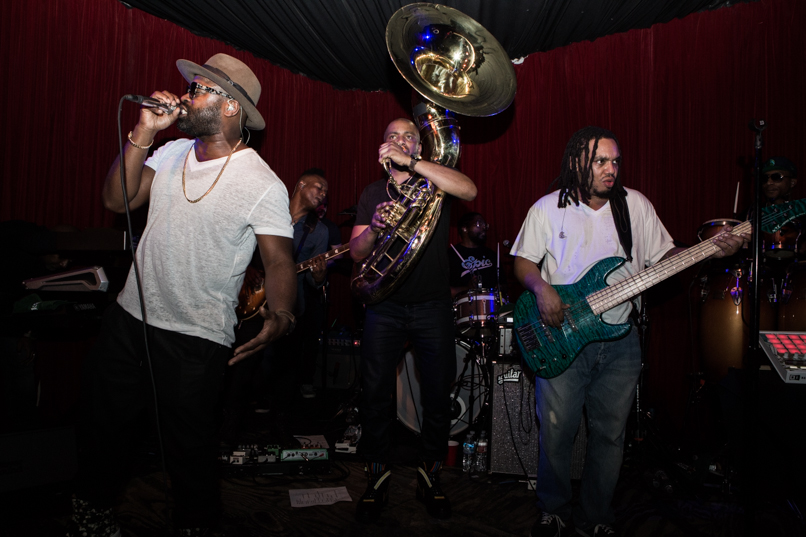 The Roots // Photo by Philip Cosores

Now that they’re firmly ensconced as Jimmy Fallon’s Tonight Show house band, The Roots are way past the point of being called sellouts. A case in point: their recent collaboration with Belgian beer label Stella Artois, which commissioned the band to record two versions of a new song called “Bittersweet” as part of their “Host One to Remember” campaign. Each version of “Bittersweet” is pitched slightly differently to better enhance a specific aspect of Stella Artois beer; the goal is to create a cross-sensory experience in which listening to music actually makes drinking more pleasurable. The concept behind the collaboration is almost laughably silly, but somehow The Roots’ involvement lends a bit of credence to the project. Here’s what Questlove had to say in a statement:

“This project fuses two of our passions: music and food. As someone who loves to experiment in the studio and in the kitchen, this crazy unique collaboration inspired by Stella Artois was the perfect challenge. You really have to try it to believe it; it will change your perceptions of food, science and entertainment.”

Pretty funny stuff. The band will perform both versions of the new song at Le Savoir, a “multi-sensory dining experience” taking place August 17-22 at New York City’s Skylight Clarkson Square. Check out both tracks below and see which one you prefer; in our opinion, they both taste a lot like money.