Film Review: Lo and Behold: Reveries of the Connected World 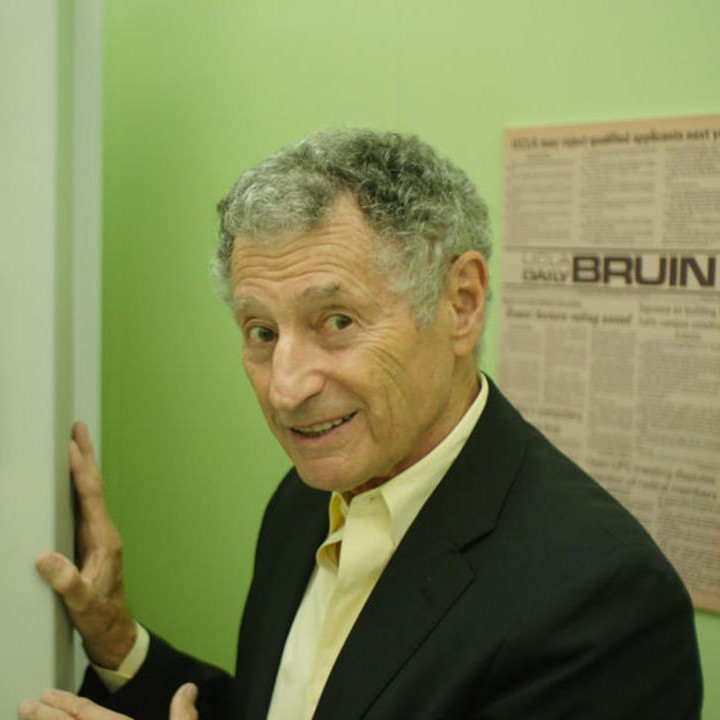 The Internet was modest, even naïve, in the beginning. Lo and Behold: Reveries of the Connected World, Werner Herzog’s documentary meditation on the web’s birth, evolution, and possible future, establishes this from the opening moments of the first of its 10 chapters, each of which serves as a vignette about a different vision of the past or future. One of the first attempts to transmit data was a simple “Login” command between two California universities. It stalled after those first two letters, but as one of the original programmers posits, “Lo” couldn’t be a more accurate way to start what became the modern Internet. It served as a proclamation, a “lo and behold” inviting all to marvel at what man had made.

Whether this was the best or worst thing to happen in human history is relative, a fact that makes Herzog a filmmaker uniquely suited for an exploration of this nature. The moral relativity of his best documentary work is on display here, and if Lo and Behold is more just a collection of interviews on a series of themes than a cohesive piece of storytelling, it’s still a fascinating endeavor into how the Internet went from personal to unimaginably broad and how it could either continue to expand or perhaps even return to that infant phase again. When talking about those first, massive computers, one of its creators marvels at the odor of it, the perfect build of it. People don’t have these thoughts about their laptops these days, but Herzog does.

He also has no shortage of ideas about what the Internet has done to us. Some of the darker vignettes delve into the more sordid sides of our lives moving online, as in one case where he speaks with a Washington rehab center that specializes in helping those with Internet or gaming addictions; the stories of lives, jobs, and relationships lost to hyper-addictive online gaming would feel like an older generation’s moralistic hand-wringing if they weren’t so completely plausible. Although Herzog only spends an extremely brief time investigating Internet harassment, there’s one heartbreaking story about a family who lost one of their daughters to a brutal car wreck, only to have anonymous trolls email pictures of her dismembered body to the family. Her mother suggests that the Internet “is the spirit of evil, and I feel that it is running through people.” The internet is a tool, only as good as those wielding it, and even Herzog refrains from reiterating the cruelties of that hate mail in the film outright.

He also sees its glories and potential dangers alike on a much broader level. One chapter explores solar flares, and how the kind of cataclysmic event that could destroy satellites or fry entire networks is not just frightening, but ultimately inevitable, and completely beyond human control. This idea is central to Lo and Behold; Herzog sees the rapid evolution of technology as both beautiful and disquieting and understands that a human dependence on it is unavoidable but nevertheless worrisome. After all, if all it takes to upend human existence is a solar flare, or even something as simple as the human element being the greatest flaw in even the most well-maintained network security, how can people go about their lives so complacently when it could all collapse at any moment? The answer is simple: anything can end the world at any second, so there’s no point living in any more fear of it than is necessary. The Internet was human-made, and humanity is chaos by its very nature.

Yet there are moments that imagine an even braver future. Herzog talks with those developing more advanced self-driving cars and discusses with them how such a machine is perfect because each mistake can be amended by every other car in the world instantly, something humanity simply cannot match. He spends some time with Elon Musk discussing the Space-X program and the possibilities of human civilization being divided by planets. (“Who would tell them about the winner of the World Series?” Herzog dryly wonders of potential Mars colonizers.) And yet, there is a reality that is at once disturbing and completely accurate to even the most noble human endeavors imaginable. One scientist asserts that “If the Internet shuts down, people wouldn’t be able to remember how they lived before.” And it’s true. Lo and Behold lingers throughout on the idea that already there are generations who know no world without the Internet and how this is at once a miracle of human creation and something worth being nostalgic and sad about.

But Lo and Behold is no Luddite’s screed. With Herzog’s signature mix of dry humor, searching interviews, and clean, clear assemblage, he simply takes our world at face value and uses the Internet to investigate the imperfections of the people who created it, innovate within it, and live it. And it’s telling that the film ends not on any of its bleak predictions, but on an American colony of people with severe radiation sensitivities who can no longer live in a world packed with smartphones. Their condition is tragic, but in a glen where no phones are allowed within a 10-mile radius because of the deep-space research happening there, the afflicted have a chance to live a life that the world has largely abandoned. They know their neighbors. They play bluegrass music together sometimes. And in a world both never more connected and never more distant, they continue to live as we always have.