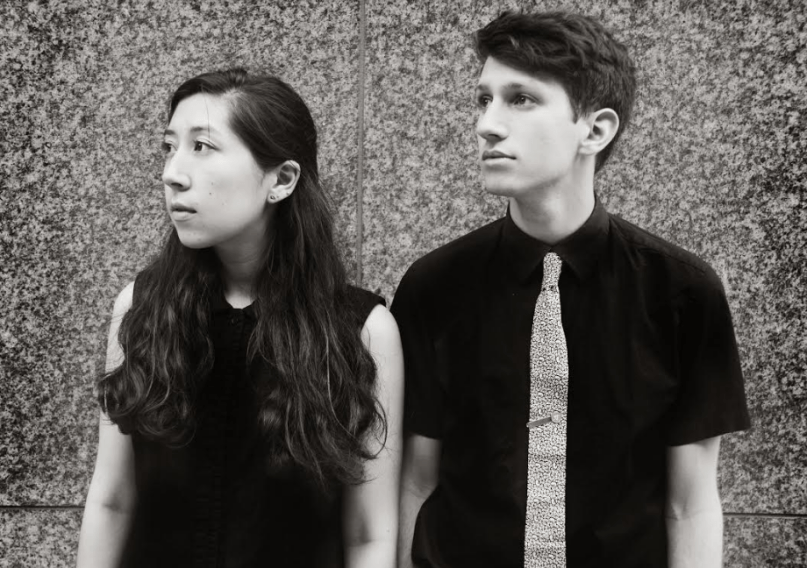 When you think of the North East music scene, Brooklyn is the first thing that comes to mind. The borough has long had a thriving culture of artists, but to think it’s the only city putting out great music would be shortchanging the region. Just a few miles west lies the suburb of Montclair, New Jersey, where indie artists are creating their own community of blossoming music community.

On August 26th, Montclair will celebrate the sounds of their town with the first-ever Clearmountain Music Festival. Featuring acts like Pinegrove, Half Waif, Topaz Jonze, Shakai Mondai, and Cranes Are Flying, the event will benefit The New Jersey Arts Education Partnership to encourage other local artists to pick up their instruments. Coinciding with the fest will be the release of Clearmountain Compilation Vol. 1, a benefit collection featuring many of the artists playing the event, including indie pop outfit Stolen Jars.

As Stolen Jars, Cody Fitzgerald and Molly Grund combine intricately looping guitars with their own vibrant, dulcet vocals. Their contribution to the comp is a B-side from last summer’s sophomore release, Kept. Called “Down to Dinner”, the track is a tapestry of tightly woven melodies and math-y percussion. There’s a dreamy push-pull between free-flowing playfulness and something more somber as the chorus builds with harmonies of “It’s not like we’re getting any younger/ Sinking slowly in floors below us.”

“’Down to Dinner’ was originally written for our first album with my friend John-Elio Reitman,” Fitzgerald explains to Consequence of Sound. “When we put out ‘Kept’ as a single, we needed a B-side, so Molly and I decided to re-visit this song and update it to fit with the rest of the album. We’ve been playing this version live ever since. The song places the images of a dream or a kind of terrifying imaginary game beside the fear of getting older and leaving that kind of imagery behind.”