Then again, it could turn out to be two old men fashioning a kayak out of a log 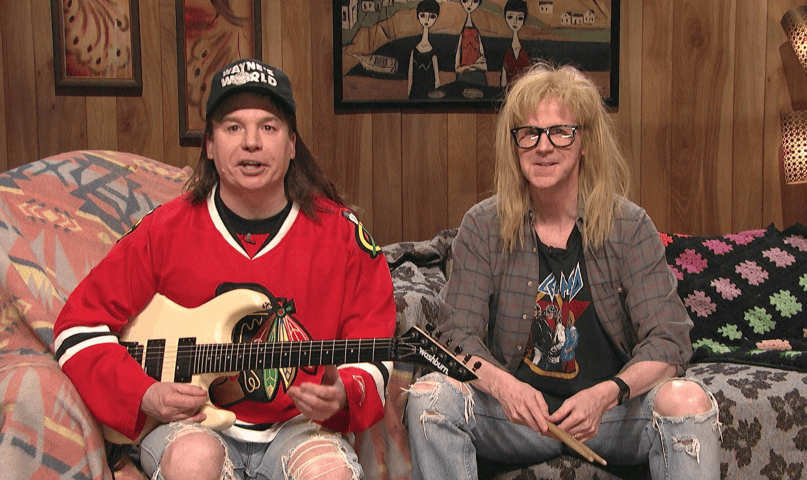 Are you ready for more Wayne’s World?

Mike Myers might be. The 53-year-old comedian/actor/filmmaker is currently making the rounds with his new book, Mike Myers Canada, and commented on the possibility of another adventure with Wayne Campbell and Garth Algar.

“It would be an interesting examination of Wayne at 50,” he reminisced. “I don’t know what it would look like, but the idea of it makes me laugh and Dana (Carvey) and I had a blast at the [SNL] 40th anniversary, so I don’t know.”

Of course, Myers was referencing Saturday Night Live’s 40th anniversary celebration, where he and Carvey reunited to count down the top 10 things about SNL. That was only a year ago and they were admittedly pretty great together. Talk of a sequel has been percolating throughout Hollywood for years, and with all the ’90s nostalgia being tossed around right now, maybe it’s about time?

Let’s hear what Glen thinks about it…