Morrissey admits recent cancer treatments have “slowed” him down

Yet, he remains as busy as ever with plans for new music 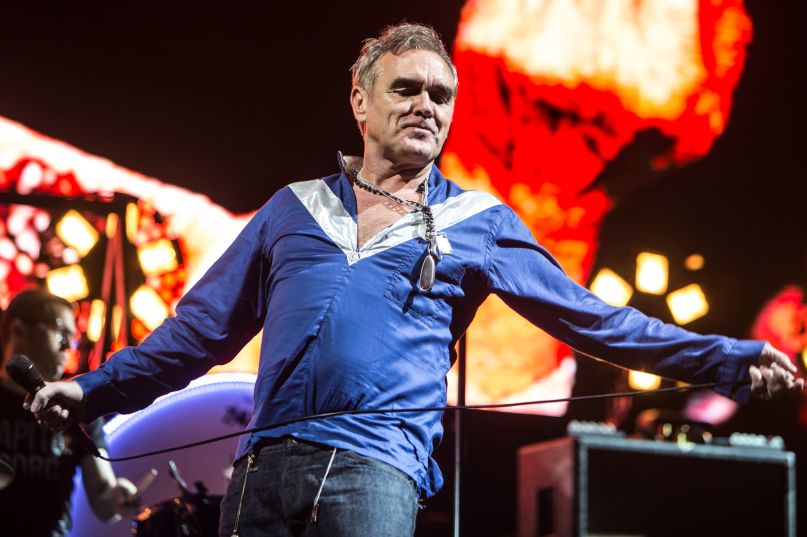 Back in October 2014, Morrissey revealed that he has faced four separate cancer scares in recent years but was still committed to touring in spite of his health issues — “I’ll rest when I’m dead,” he told Spanish newspaper El Mundo. In a newly published interview with Israel’s Walla (via NME), the former Smiths frontman now admits that cancer treatment has “slowed” him down.

“I think [the cancer treatment] has slowed me down considerably because doctors and hospitals and medications are actually very aging in their way, and they can often exhaust you more than whatever medical problem you have,” Morrissey explained. “If I’m asked to give any more blood, I think I’ll crack up.”

But it’s not all bad news for Moz fans. He also hinted at new music soon to come, saying that the follow-up to 2014’s World Peace Is None of Your Business has already been written and that he’s currently seeking a distribution deal.

“It is not possible to find a recording deal, so we would record it ourselves as soon as we can find a distributor who could make it available worldwide,” he said. “There was a time when the music industry served the artist, but now the artist must serve the music industry… which is why everything is now so tasteless.”

Yep, despite the health scares in recent years, Moz still sounds as feisty as ever.