"We’re in the middle of the wilderness, in a rainforest full of really fun noises" 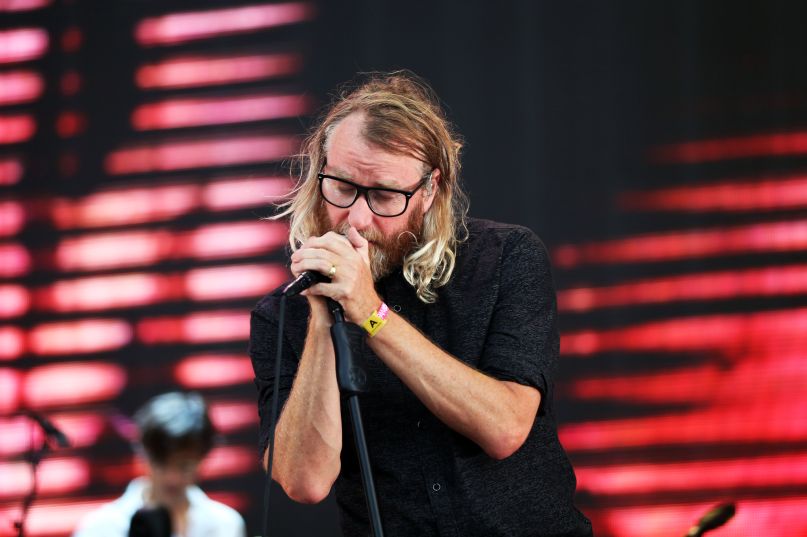 The National // Photo by Killian Young

Ah, The National. Remember them? Of course you do! You just saw them kick some hometown ass at Panorama 2016 and debut a new song featuring St. Vincent’s Annie Clark. But it’s easy to feel like Matt Berninger and Co. have been hiding in plain sight, seeing as how their last proper was 2013’s Trouble Will Find Me.

Those who have pledged their allegiance to The National have some reason to celebrate today, as Berninger has finally revealed some crucial details about the band’s new album. In an interview with NME, he hinted that they’re embracing the strange.

“We’re playing together in a room, which means we’re jamming more,” Berninger explained. “But it’s not a jam record at all — the songs are much more like weird, math-y, electronic-y stuff.”

He continued: “A lot of songs are going in completely different directions. But that’s a really fun place to be. We’re in the middle of the wilderness, in a rainforest full of really fun noises…We could probably crank out a great National record in a weekend, but none of us are interested in following up with another record that sounds like Trouble Will Find Me. That record was a great accomplishment and I’m so proud of it. ”

Damn, Berninger, getting a little cocky over there with that “great record in a weekend” business. But dude’s got the track record to prove it, so we’ll withhold judgement. He also suggested that the new record might actually suck.

“We’d rather make a terrible record that opens up new possibilities. It’s going to be great!”