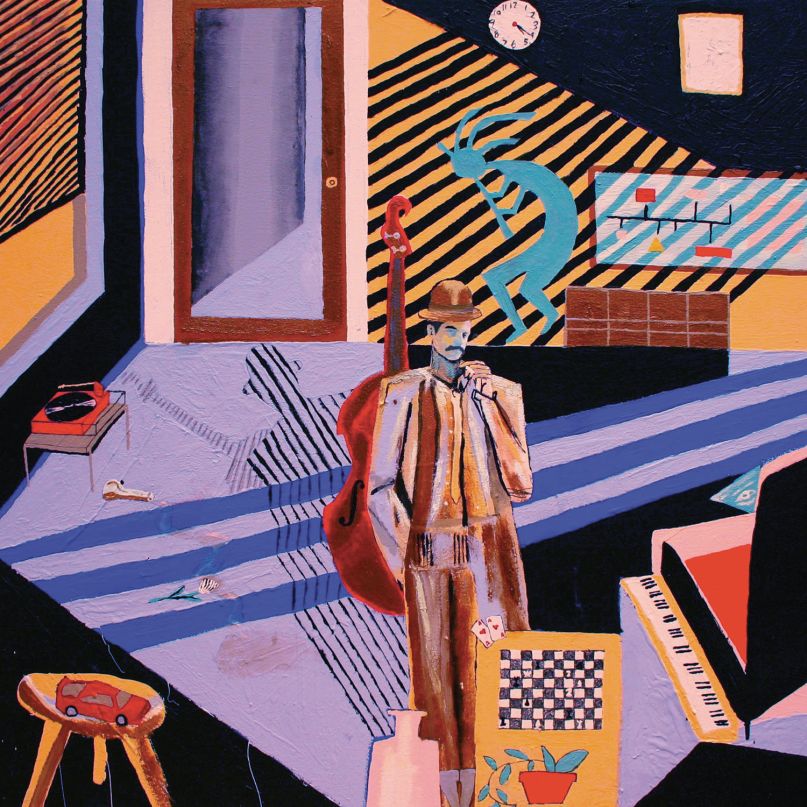 When Peanut Butter Wolf opened the books on Circle Star Records last year, it was seen by many as a way to refocus the weedy and increasingly weirdening Stones Throw catalog. While Stones Throw could continue releasing the quality independent hip-hop it had become known for, the Circle Star imprint would be able to put out the glammy indie rock that had begun to tickle the London-based DJ’s fancy. Mild High Club’s debut full-length, Timeline, was one of the imprint’s first releases, full of soft ’70s pop rock and swirling synths that courted comparisons to Mac DeMarco and T. Rex. A year later, it’s unclear if Circle Star still exists (the website seems to have reverted into a WordPress login page), but the project of multi-instrumentalist Alex Brettin has found its way onto the Stones Throw spreadsheet for their sophomore release. And while his first album was already a decidedly chill affair, Brettin has returned somehow impossibly even more relaxed.

The result is a mixed bag. Timeline was already a sleepy bit of easy listening, punctuated with occasional bursts of psychedelic fuzz, so the groovy indica haze of Skiptracing is almost overwhelming in its downtempo feel-goodery. The opening title track is easily the record’s finest song (a contender for many a summer playlist). The mid-tempo, tropicalia-tinged number comes complete with gentle background vocals singing something about marijuana. But what follows falls prey to its own strengths, offering more of the same low-key, summertime vibes but never ultimately building up to anything.

The first handful of tracks blend seamlessly into one another, an experience equal parts pleasing and exhausting. They’re beautiful songs on their own, but never leave a breath for the listener to take stock of what they’re listening to. The melodies are pleasant but similar enough that, when paired with Brettin’s laid-back mid-range vocal delivery and novelty AM radio production, they all start to run together. By the time of palate cleanser “¿Whodunit?”, the album has run into the backstretch and is already revisiting ideas.

Brettin is reaching for a cohesive experience, with melodic easter eggs tying the songs together as movements of a single conceptual piece. Closing with a reprisal of the opening track speaks to that desire. But the songs on Skiptracing don’t cover enough ground to intentionally repeat itself. While the instrumentation may change here and there, and the beats per minute may move up or down a few clicks, the general groove and melodic pattern of each song tread too similar a path and the winking references to earlier ideas feel just like the same song played over again.

And it’s a shame, because there are serious strengths on display. “Skiptracing” is killer enough to lead off something as weird and wild as Beck’s Odelay, and the next few tracks are catchy as well. But by “Head Out”, the record begins to lag and never quite catches up again. By axing a few of the weaker tracks in the middle, moving “¿Whodunit?” closer to the middle of the repetition, or adding a bit more of that fuzzy guitar used in the otherwise forgettable “Kokopelli”, the record might have had just enough spice to reach greatness. With Circle Star in limbo, Peanut Butter Wolf may have found there were reasons to diversify Stones Throw by keeping Mild High Club on board–it might be a lesson the band could use as well.