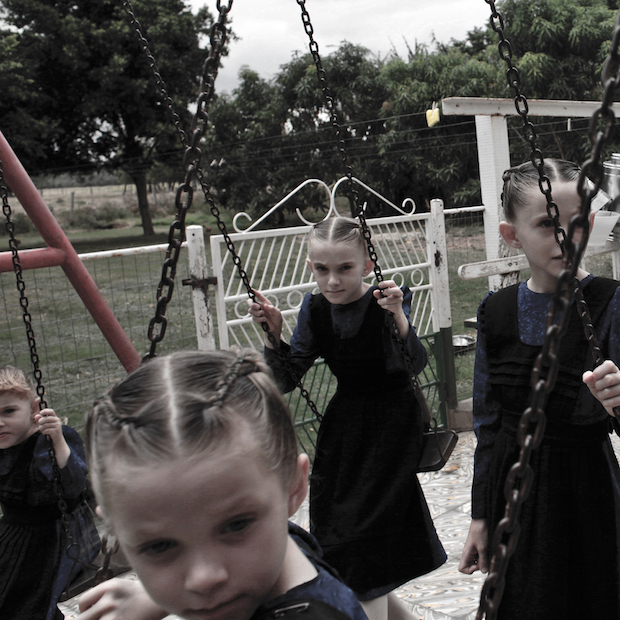 As important as Alice Glass was to the Toronto-founded duo Crystal Castles’ success, the project’s overall scope has mostly been of producer and instrumentalist Ethan Kath’s imagination. After all, when the noisy avant-electronic project began in 2003, it was Kath alone at the helm, laying the foundation; Glass came in later. Meanwhile, the best and most popular song in the entire Crystal Castles catalog, the 2010 single and Platinum Blonde cover “Not in Love”, featured not Glass on lead vocals but rather The Cure frontman Robert Smith, who fueled the song with one of the most powerful choruses he’s ever sung — and he’s sung a few powerful choruses in his time.

That’s not to downplay Glass’ importance but rather to illustrate that her departure — officially announced in October 2014, with Glass writing that she felt her artistry was no longer a good fit within the confines of Crystal Castles — never meant Crystal Castles was entirely doomed as a project. Yes, as a vocal, lyrical, and textural presence, Glass, who’s now pursuing a solo career, brought many unique traits to the table. There was something so likably genuine and honest about her very presence. But the new singer — whose identity was the subject of much speculation until it was revealed to be Edith Frances during a performance last year at Johannesburg, South Africa’s SoundsWild festival — is ultimately a fine fit. The most diehard of Crystal Castles fans were slow to embrace her, but ultimately, Amnesty (I) should be enough to convince of her capabilities.

Sonically, Amnesty (I), the first non-self-titled Crystal Castles album and follow-up to 2012’s (III), offers many of the same thrills as past CC albums. There’s an overall wildness about its front-to-back sequencing, unpredictably alternating between cathartic, explosive, thrashing noise and quieter, spacier, more subtle moments. Coming four years after (III), it sounds progressive, which is maybe the biggest indicator that Kath’s vision hasn’t been limited. A drastic equipment change ahead of (III) opened up new possibilities for Crystal Castles back in 2012, and Amnesty (I) is a similar step into the future. In fact, it might be the most durable Crystal Castles has ever sounded, pushing things forward whereas Kath and Glass used to pull from ‘80s pop and 8-bit sounds.

Again, this is an unpredictable album, thrillingly and engagingly so. These songs take different forms: There are tracks where Kath and Frances play with stark contrasts (like the rapidly rolling hi-hats and woozy, ethereal vocals on opener “Femen”), and there are tracks that are basically rock-solid walls of noise barely penetrated by Frances’ vocals (like the album’s shortest track, the sub-two-minute “Teach Her How to Hunt”). Another song with a distinct place and mood is the album’s final track, “Their Kindness Is Charade”, which makes for a perfect closer, ascending beautifully until it evaporates and satisfyingly ends the album.

The album’s strongest melodies come out in songs like “Char”, where Frances’ voice is at her smoothest and most confident, with a tone that evokes that of Chromatics singer Ruth Radelet. But, “Not in Love” notwithstanding, conventional catchiness has never been the point of Crystal Castles. The project’s considerable popularity has always been paradoxical: They’re a group intoxicated by sheer noise like so many unknown, deep-underground experimental groups. With Amnesty (I), Kath and Frances have found ways to maintain the Crystal Castles project’s core energy, making it an exciting official start to the Frances era.

Essential Tracks: “Char”, “Frail”, and “Their Kindness Is Charade”