Plus, the Los Angeles outfit maps out US fall tour 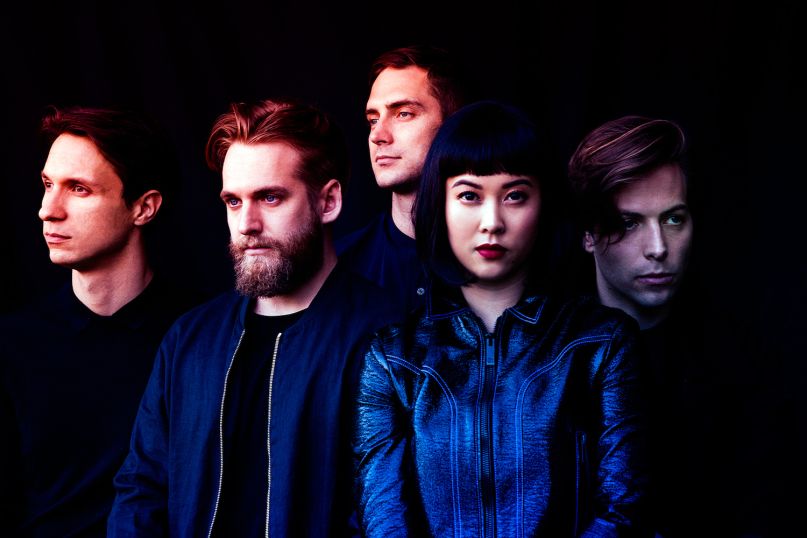 After releasing and touring in support of 2013’s In Rolling Waves, synthpop outfit The Naked and Famous returned to their normal everyday lives and took a much needed breather from the music world. What transpired during that time off — loss, heartache, the dissolution of relationships — has now manifested itself in the form of the LA-based band’s upcoming third album.

Entitled Simple Forms, it’s due out on October 14th via their label Somewhat Damaged in conjunction with Kobalt Label Services. It came together in the Echo Park home studio of guitarist/vocalist/producer Thom Powers amidst his breakup with fellow band member Alisa Xayalith. Having been together eight years — nearly the entirety of the band’s career — the split-up threatened to destroy the Naked and the Famous altogether.

“There’s pain and passion behind this art,” Xayalith said of the album in a press release. “Pop techniques are all about maximum impact. And it’s not like this is an album of bangers but it’s the most immediate thing we’ve ever done.”

“Higher”, the lead single off Simple Forms, deals with both pain and passion, and in great quantities. Razor synths buzzsaw and grind before being uplifted by Xayalith’s skyscraper vocals. “Tonight we raise the dead, tonight we bury this in fire/ Under the shape of years and the weight that brought here,” she rallies during the incendiary chorus. The Naked and Famous might’ve been down, but in a way they’ve been born again in the flames and stand stronger than before.

In a statement to Consequence of Sound, Xayalith spoke about the track:

“It’s been two years since we came off the road and a lot of life has happened in and all around us. We’ve been broken here and picked ourselves up again — so maybe this chorus talk a little to that experience…love, grief, time passing and returning to a place where we are lucky to have each other.”

Check out “Higher” below via its colorful lyric video.

In support of Simple Forms, the band will tour the US this fall.