"How can anyone believe that one of the greatest defenders of mankind would commit such an act of betrayal?" 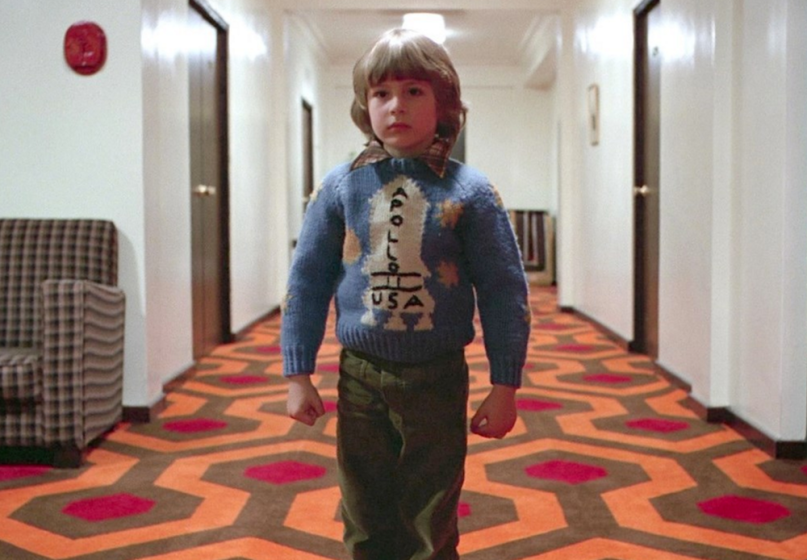 Conspiracy theorists have long believed that Stanley Kubrick helped the US government in faking the Apollo moon landing in July 1969. As the story goes, NASA approached the legendary filmmaker shortly after he begun working on his sci-fi classic 2001: A Space Odyssey.

Despite lack of concrete evidence all these years, many claim Kubrick peppered references to the historic hoax throughout his works, especially 1980’s The Shining (see the movie still above). Documentaries only further propagated these claims; one of the more recent features, 2012’s Room 237, dug deep into this theory, as well as the Jack Nicholson horror flick’s countless other hidden interpretations. Rodney Ascher, the film’s director, claimed The Shining was supposed to serve as something of an apology for participating in such a ruse.

Now, after decades, Kubrick’s daughter Vivian Kubrick has finally had enough of the speculation and wants to set the record straight once and for all. In a tweet on Monday, she blasted the longstanding conspiracy theorists.

“Surely (!?) an artist, such as my father, whose profound degree of artistic integrity is self-evident, whose political/social consciousness is manifestly present in nearly every film he made. Whose highly controversial subject matter literally put his life at risk, and yet he continued to make the films he made … don’t you think he’d be the very last person EVER to assist the US government in such a terrible betrayal of its people?!?”

“My father’s artistic works are his unimpeachable defense!” she added vehemently, in hopes of silencing the hoax believers.

See her full message below.

Re: Faked Moon Landings
Many people have asked me about this. And this feels like the right time to respond … pic.twitter.com/UVlNFofFW8

Below, revisit a trailer for Room 237.

In related news, Daft Punk and Pulp frontman Jarvis Cocker are set to contribute to a new Kubrick exhibition in London.