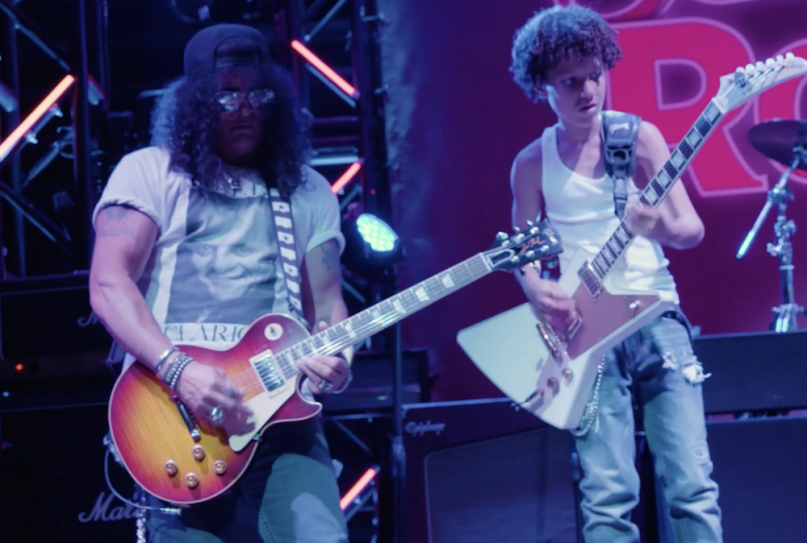 Back in April, Stevie Nicks of Fleetwood Mac joined the cast of Broadway’s School of Rock for a surprise performance of “Rhiannon”. This week, the young prodigies received yet another impromptu visit from a music legend: Slash.

The Guns N’ Roses guitarist dropped in during a recent rehearsal, much to the shocked delight of the cast members — especially Brandon Niederauer, who played side by side with Slash during the group’s kick-ass run-through of “Sweet Child O’Mine”. Before meeting and taking photos with the talented bunch, Slash and the School of Rock kids also performed “Paradise City”.

“It was really cool to meet such an enthusiastic and talented bunch of young rock ‘n’ rollers,” Slash told Rolling Stone. “They were great kids as well as players.” Judging by the kids’ reactions, it’s clear they thought the Guns N’ Roses member was pretty great, too.

Watch footage of the whole affair below.

Slash and the rest of Guns N’ Roses are currently on their reunion tour.