The follow-up to 2013's Tender Madness arrives later this summer 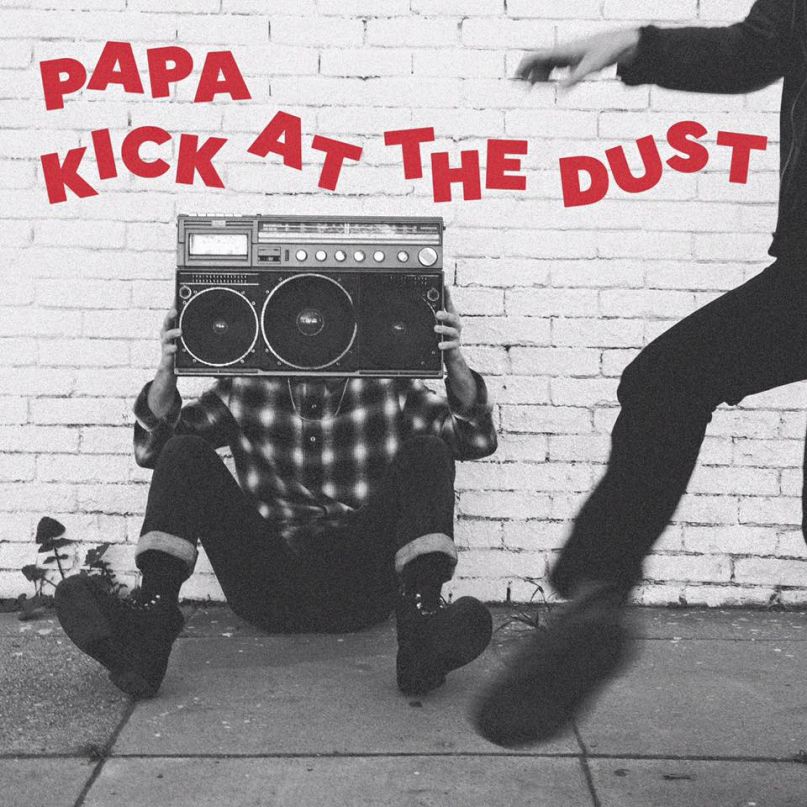 With early singles “Put Me To Work” and “If You’re My Girl, Then I’m Your Man”, SoCal’s own PAPA quickly made it known they were well-versed in all-consuming, arena-ready indie rock. Their 2013 debut record, Tender Madness, proved this notion, and now, they’re looking to up the ante with their follow-up.

Titled Kick At The Dust, it’s slated to hit shelves on September 16th via Hit City U.S.A.; that’s the artwork above. According to a press release, the LP sees PAPA bringing more anthems, as well as questioning the meaning and value of success in a world where products are oftentimes weighed morte heavily than artistry.

“Seems to me that if you work hard enough for security and comfort in this life, you might get it. But after you do, you’ll probably look around, cross eyed with boredom and say, ‘What for?,'” the band’s Darren Weiss told Noisey. “When a shark stops swimming forward it’s dead. Same goes for artists. And I ain’t no shark, man.”

As a preview of the new album, PAPA have let loose “Comfort’s A Killer”, the catchy, handclap-worthy lead single. Take a listen below.