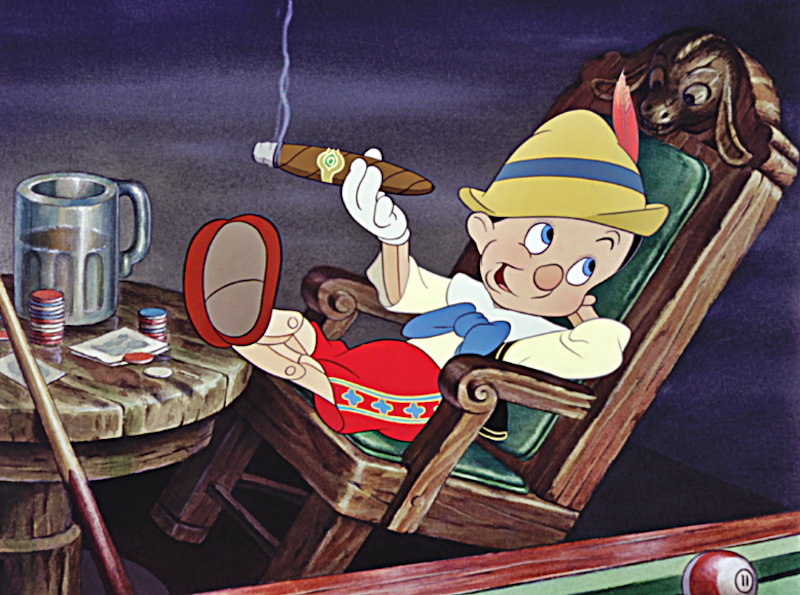 A new legal complaint has been brought against the Motion Picture Association of America (MPAA), and the court’s decision may determine whether the mere presence of tobacco products in a film constitutes an automatic R rating.

The idea to ban smoking imagery from films rated G, PG, or PG-13 seems harsher than an unfiltered Marlboro, but that’s exactly what a group of plaintiffs led by Timothy Forsyth has in mind, according to the Hollywood Reporter. Their argument: Since on-screen smoking has a provable connection to teenagers buying more cigarettes, it must be banned from all films labeled suitable for children.

“The complaint asserts that defendants cannot affix a PG-13 or lower certification on movies with tobacco imagery, because they know that it has been scientifically established that subjecting children to such imagery will result in the premature death of more than a million of them,” reads the plaintiffs’ suit. Individual studios such as Disney have already enforced their own on-screening smoking ban, but the suit seeks to prohibit a restriction across the board.

In defense, the MPAA has argued that the ban would be nothing short of an impingement of free speech. The organization claims that its movie ratings constitute opinions, and that an outright ban on smoking would thus contradict their First Amendment right. The MPAA also disputes the plaintiff’s connection between movie ratings and teenage smoking, asserting that it’s “too attenuated and speculative to support damages.”

Though their hearts are in the right place, Forsyth and his fellow plaintiffs may be triggering a slippery slope if their argument ends up winning out. If smoking is banned in films, what’s to stop typical teenage behaviors like skateboarding (dangerous) and eating pizza (clogs the arteries) from demanding an automatic R rating?

Also, it’s kind of crazy to think of the Lord of the Rings trilogy being deemed unsuitable for kids just because Gandalf blows a few smoke rings, but that may be the brave, new, tobacco-less world we’ll have to get used to.