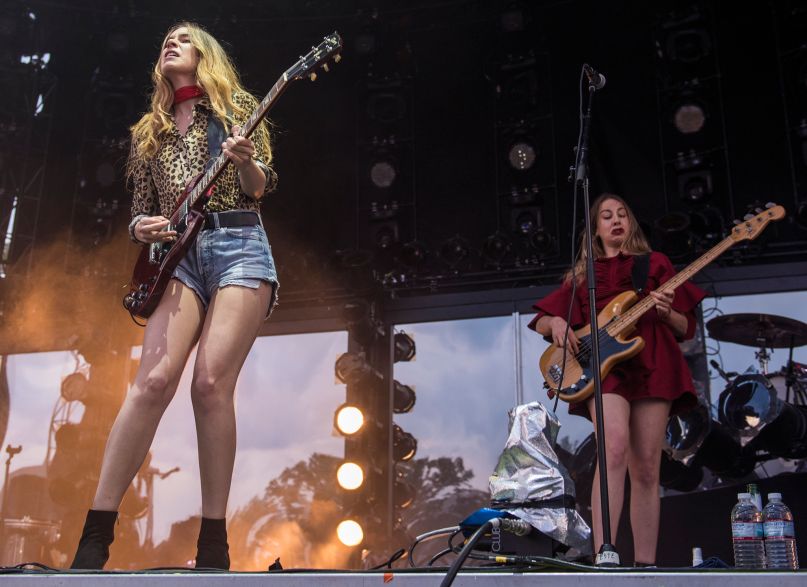 It’s been nearly three years since HAIM released their debut album Days Are Gone, but they’ve been previewing new material on the road all summer. Now it seems as if the LA pop trio is finally wrapping up work on their forthcoming sophomore LP; however, that good news comes with a price.

Today, HAIM announced via a handwritten note on Twitter that they would be cancelling their upcoming European tour because they’re at a “critical point” in finishing up the album and “need to stay close to home until it’s complete.” The axed dates include stops at major festivals like Way Out West, Oya, Reading and Leeds, and Electric Picnic. The sisters’ last scheduled show will be at Montréal’s Osheaga Festival, after which we can (hopefully) expect a proper album announcement.

we are so sorry to announce we will not be coming to Europe this summer pic.twitter.com/ca9uWlOuj9