This cute animal movie might be disposable, but it's pretty quick and funny 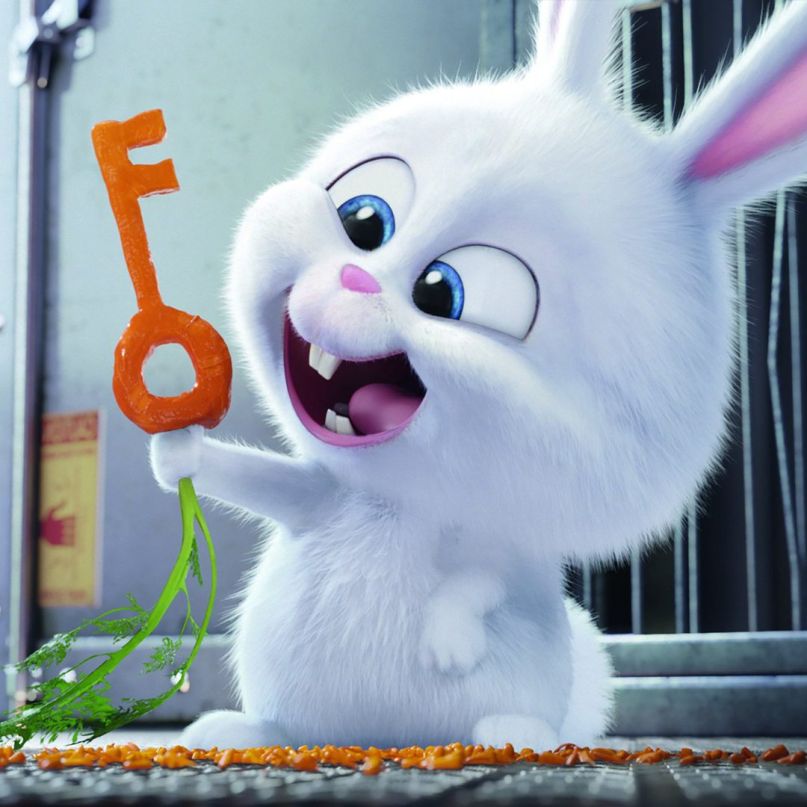 The Secret Life of Pets feels especially manufactured, even by the pretty low standards of modern movies aimed at “families,” but specifically their six-to-10-year-old children. Illumination, Universal’s animation arm, has unleashed a movie bound for the same kind of viral appeal. As one sits at watches it, you can practically see the sassy memes involving adorable dogs and over-it cats materializing on your cousin’s Facebook timeline. There’s some ad placement, from GoPro’s Hero 4 camera to YouTube to other upcoming movies from Universal. It’s even accompanied beforehand by a brief Minions short film, in case you forgot about those godless creatures and needed a reminder of their constant, if sometimes invisible, presence in your own life.

That said, for a film designed to spawn ancilliary products and sequels, Pets is not entirely without its charms. A story that owes more than a little to the first Toy Story, Pets follows Max (Louis C.K.), a spoiled terrier who gets to live with his person Katie (Ellie Kemper) in a charming New York City studio apartment. (Just in case you can’t work out the city in which the film takes place, Taylor Swift’s “Welcome to New York” accompanies the opening credits.) Max lives a perfect life, with he and his neighboring animal friends enjoying pampered lives in their high-rise during the day, waiting eagerly for their owners to return home at night. That is, until Katie comes home with Duke (Eric Stonestreet), a hulking Newfoundland who threatens to upend their perfect ecosystem, in which Katie’s attention belongs to Max and Max alone.

Their mutual contempt and jealousy eventually leads to them being separated from their dogwalker and sent on an adventure into the sewers, streets, and rivers of New York, as they try to find their way home and learn a little more about each other along the way. Any plot is mostly secondary, and Pets wisely follows in the footsteps of Illumination’s equally manic Despicable Me films by keeping the focus on the action and the jokes, volleying them at escalated speeds to keep the pace quick and the inevitable story beats quicker. Lessons are learned, enemies become friends, and it’s all kind of beside the point. The Secret Life of Pets is pitched as a fleet-footed adventure, and if the whole thing feels just a little bit disposable after a point, it’s still an enjoyable enough family film.

Like every modern family film, Pets has to slip in some jokes for the adults, most of which come through Kevin Hart’s precious rabbit Snowball, a perfect marriage of character and performer if ever a kid’s movie had one. Hart’s spastic delivery works remarkably well in animation, and even if the fluff-bunny-as-tough-guy bit is about as one-note as virtually every other character in the film, he still gets the lion’s share of the film’s better jokes, from quips about Brooklyn hipster migration to a genuinely funny cutaway gag involving a deceased duck in Snowball’s gang. After all, it’s the rabbit that keeps the plot moving; when Max and Duke lie their way out of captivity, posing as “flushed pets” to fit in with the menacing sewer animals, they inadvertently enter into a blood feud with the rabbit and his accomplices.

Co-directors Chris Renaud and Yarrow Cheney maintain Illumination’s established house style, with a slightly keener eye for detail; human and animal are still cartoonishly blocky, but the particulars are a little bit finer, from Duke’s sprawling tendrils of fur to the individual puffy strands on Gidget (Jenny Slate), the Pomeranian next door who carries a secret torch for Max. The film’s version of New York is also appealing, a constantly sunlit urban paradise full of open spaces. It’s a bright, constantly moving film, and at a brisk 91 minutes it’s also the kind of family film that mercifully understands the value of not overstaying its welcome. After all, for the many creative ways the finds to bend its central premise, it’s still a pretty aged conceit: animals are just like humans, but still do the various animal things they would typically do. It can’t go that far, and to its credit, Pets rarely tries to force it.

Family films have become something of a refuge for talented comedians to collect fat paychecks in recent years, and as voice casts go, Pets is fairly star-studded, with names like Hannibal Buress, Lake Bell, Steve Coogan, and Dana Carvey popping up in bit parts to provide quips. Even Albert Brooks joins in the fun, as an eagle trying to reform his predatory ways. (The constant bloodlust in his eyes is one of the film’s better visual gags.) The Secret Life of Pets isn’t anything particularly groundbreaking or ambitious, and it fits with the film’s sugary-sweet tone that it disappears from the palate before long. But it’s still a quick, adequately entertaining watch, one that appeals to the basic human impulse to watch animals be funny. After all, every video of a cat or dog falling off something that you’ve watched brought this into being in the first place.