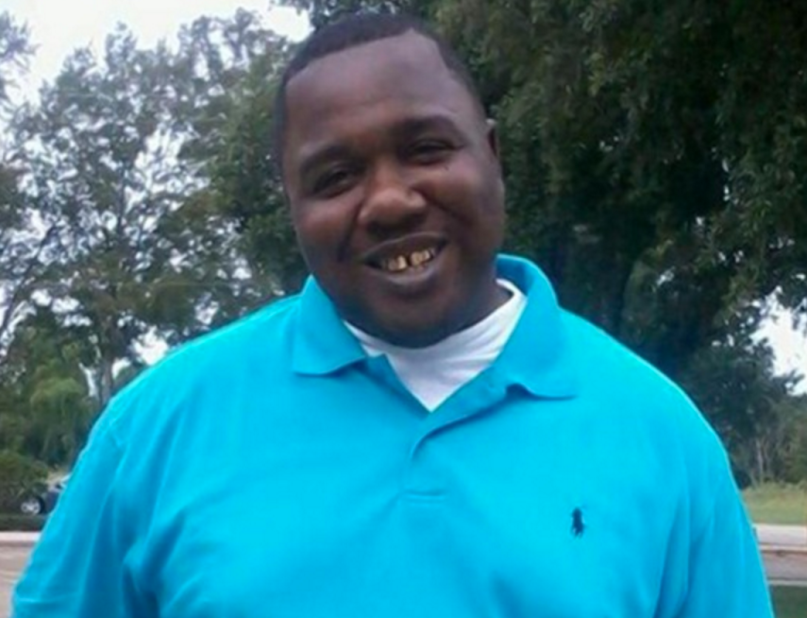 In Baton Rouge early Tuesday morning, a white police officer shot and killed Alton Sterling, a 37-year-old black man who was believed to have had a gun in his possession while selling CDs outside of a convenience store. The fatal gunshot came while Sterling was being arrested, his body pinned down to the ground, leading many to condemn the officer’s actions as police brutality — just one of far too many similarly tragic and racially-charged incidents that have rattled the country the last few years.

Protests have since begun across the Louisiana capital and beyond, including Philadelphia, and the Department of Justice has officially opened a civil rights investigation into the matter. Musicians and celebrities have also reacted to the shooting. Tonight, Drake posted a letter on his Instagram account reflecting on all that’s transpired in just the last 24 hours.

“I am grateful to be able to call America my second home,” the Toronto native wrote. “Last night when I saw the video of Alton Sterling being killed it left me feeling disheartened, emotional, and truly scared.”

He continued, “It’s impossible to ignore that the relationship between black and brown communities and law enforcement remains as strained as it was decades ago. No one begins their life as a hashtag, yet the trend of being reduced to one continues.”

Though the OVO Sound rapper was at a loss for words regarding a solution, he did offer a sliver of optimism. “…I believe things can change for the better. Open and honest dialogue is the first step.”

When Will These Atrocities End?

HAS. TO. STOP. Devastating. https://t.co/C9Q0YePRMr

watching that video made my head and heart hurt. wake up, world #AltonSterling

IF anything THIS proves why the term #BlackLivesMatter is the CRYOUT to the rest of the Planet Earth from this United States Of America.

He had a right to sell CDs, and a right to due process, but he he was shot for being a black man. Don't rationalize murder. #AltonSterling

All we gone do is repost it & type "SMH" over & over again huh ?? Then we gone put #JusticeForAltonSterling & #BlackLivesMatter hashtags on Instagram & pretend that's us taking action huh ??? What happened to the generation of people who stood together, held hands & took to the streets peacefully or violently if it had to come to that & wouldn't move or be detoured from that stance until real results were handed over to us ?!?!? Huh ??? WTF is wrong with us these days that we will sit here & watch a video of yet another innocent man shot & killed in cold blood by police officers in this country ?!?!? WTF is wrong with ME, YOU & everyone else who will watch the video & read this caption & DO NOTHING until it happens again… Then what we gone do ?? The same shit we been doing… Hashtag #JUSTICEFOR[insert name here__________] & #BLACKLIVESMATTER when it really seems that they don't at all… & if #BLACKLIVES don't even matter to #BLACKPEOPLE why the fuck would they matter to anyone else ?!?!?!? What on earth is wrong with US ?!?!?!? But lemme stop so we can get back to turning up, dab'n & hittin "them folks" while this man lay dead in a county morgue for selling some fucking CD's & asking what he was being detained for ?!!?!?!?!? NAW, fuck this……. WE AINT HAVIN THIS SHIT NO MORE !!!!!!!!!!! #THETIMETOFIGHTBACKISNOW !!!!! #MartinLutherKing got shot on a fuckin balcony because he wasn't scared to stand up for our parents, grandparents & US…. The reason our black asses can even do 1/2 the shit we do is because that man sacrificed his life along with many others so we could….. & we ain't even got enough heart to stand together as a RACE & pay them back !!!! #IMNOTSCARED #FAKECARINGASSGENERATION #WHOELSEOUTTHEREGONEFAKECARE ??? #WEAINTGONEDOSHITBUTREPOSTANDHASHTAG #SCARYASSRACE #AMERICAREMOVED