Chicago! Midnight Madness in Theater 2 begins tonight with Riki-Oh: The Story of Ricky

It all goes down at Chicago's legendary Music Box 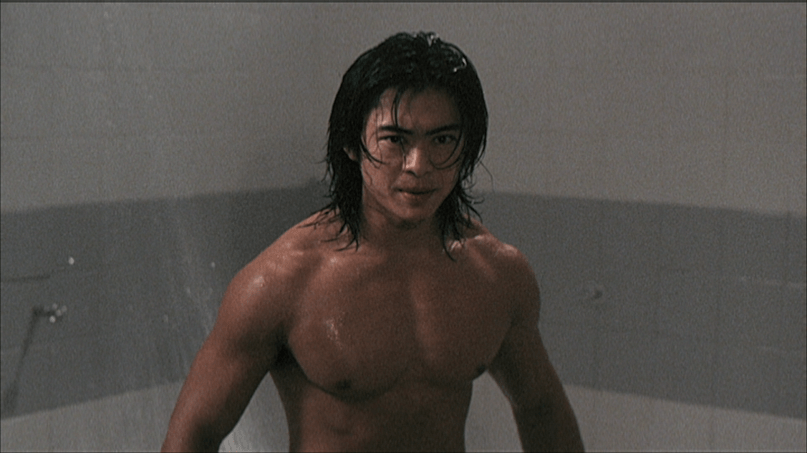 Consequence of Sound has partnered with Chicago’s own Music Box Theatre to deliver another midnight series on a smaller scale. Collecting modern cult classics, nostalgic gems, and some legitimately strange stuff, we’re turning Theater 2 into your best friend’s basement hangout, where you’ll find a little bit of everything.

Midnight Madness in Theater 2 (known locally to some as the “Minibox”) is kicking off with a bang. Tonight (Friday, July 8th), we’ll be screening a 35mm print of the 1991 cult gem Riki-Oh: The Story of Ricky. In a shocking and totally unrealistic dystopia circa 2001 where all prisons have been privatized, Ricky Ho (Fan Siu-wong) is given a ten-year sentence for manslaughter after exacting revenge for the death of his girlfriend by killing the crime lord who indirectly caused her death. Inside, a cast of unreal characters waits for Ricky, but Ricky isn’t your everyday innocent(-ish) convict.

Through a mixture of hand-to-hand combat, occasional magic, and even a little bit of kaiju-esque battle, Ricky has to survive in prison, overcome a corrupt warden, and destroy a corrupt system from within.

Come by the Music Box Lounge before the movie for a late drink or several. The screening of Riki-Oh will begin at midnight, hosted by Consequence of Sound film editor Dominick Suzanne-Mayer. There’ll be some free stuff to give away, and the unbridled glory of Ricky’s surrealist, hyper-violent revenge. Come join us, it’ll be a sufficiently weird way to spend your late Friday night.

And if Midnight Madness in Theater 2 sounds as though it might be your speed, we’re here through all of July and August, every Friday at midnight. The rest of July’s program, The Heat of Vengeance, is scheduled as follows, with all screenings hosted by CoS film staff: