“We tried to explain to them that we weren’t Metallica but they insisted that we sign anyway." 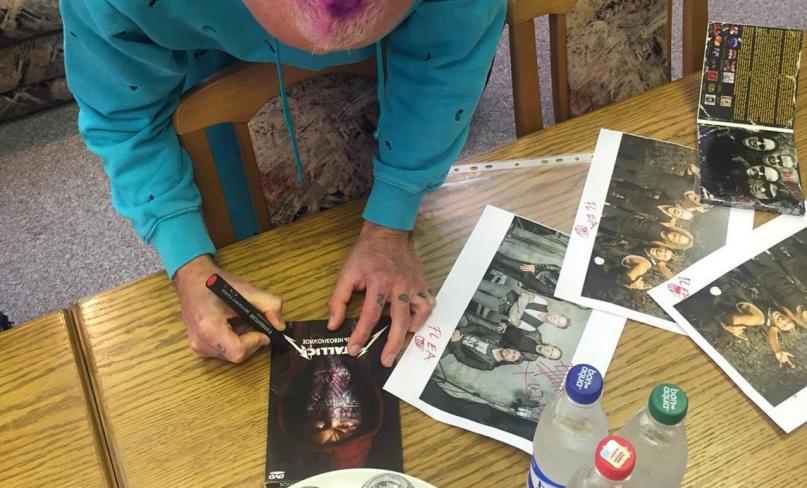 Depending on your point of view, the Red Hot Chili Peppers are a legendary funk/rock band that just put out a new album called The Getaway, or they’re Metallica. A group of customs officials in Belarus seems to have taken the latter position, according to a recent Instagram post by RHCP bassist Flea. “We were called into customs officials office at an airport in Belarus and they asked us to sign a bunch of Metallica cd’s and photos,” he explains. “We tried to explain to them that we weren’t Metallica but they insisted that we sign anyway. They had the power. Well I did play ‘fight fire’ with with with Metallica once. I love Metallica anyways but I’m no Robert Trujillo.”

So there you have it. Apparently, all American rock music sounds the same to Belarusian ears, or all American rock bands look the same to Belarusian eyes, or there were simply some mischievous customs officers who thought it’d be funny to take the Peppers down a peg. To be fair, we neglected to translate our recent ranking of every Red Hot Chili Peppers song into Russian. Our bad.