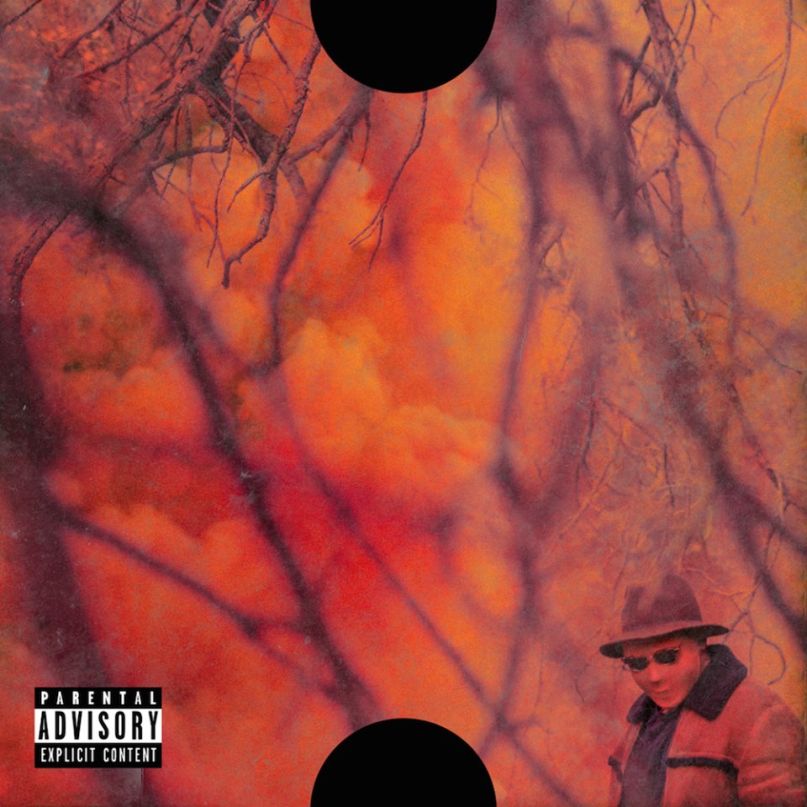 Los Angeles rapper ScHoolboy Q once stood as the most promising member of the Top Dawg Entertainment/Black Hippy camps, even outshining the now-transcendent Kendrick Lamar. Q followed Kendrick’s Section.80 with what would become the most acclaimed TDE/Black Hippy release up until that point, 2012’s Habits & Contradictions. In the years since, however, it’s become clear that no one — not Q, Ab-Soul, Jay Rock, Isaiah Rashad, or SZA — will leapfrog Kendrick in the eyes of the general public anytime soon. This is totally fine; comparing Q to Kendrick only gets you so far, anyway. For all his colorful bucket hats, outsize personality, and goofy ad-libs (“YAWK! YAWK! YAWK! YAWK!”), Q is a hardcore rapper at heart. As he puts it on “Groovy Tony”, the lead single from his new Blank Face LP: “Since ‘96, I wanted to gang bang/ Few years later, I’m really from it.” Judging by some of his verses, you could assume he’s still in the streets on a daily basis.

Blank Face, Q’s follow-up to 2014’s Oxymoron, is coming out during a big year for West Coast rap. As a rap mecca, California is arguably more exciting than Atlanta in 2016, with great-to-excellent new releases coming from Kamaiyah, Kendrick, Mozzy, Nef the Pharoah, YG, and more. Blank Face exists somewhere within that sphere, and it also stands apart as an attempt at a masterpiece. A bunch of West Coast artists, both young and old, make appearances: Tha Dogg Pound, E-40, Kendrick, Vince Staples, Anderson .Paak. Surrounded by these voices, Q sounds both grounded in his West Coast background and free to do what he wants. It’s his most gangster, densest, and weirdest album, making few compromises to boost its mainstream appeal. “That Part”, which features one of Kanye West’s most entertaining cameos in recent memory, may be one of Q’s most hook-driven songs to date, but even that doesn’t feel forced.

Predictably, the most common criticism of the 75-minute Blank Face so far is that it’s overlong, but length can be a positive with an album like this. It’s hard and sinister like a gangster rap album, but it’s also sprawling and even psychedelic at times. Nothing else sounds like it, and that’s a joy to behold. Tracks like the two-part “Kno Ya Wrong” and “Groovy Tony / Eddie Kane” give it a fluidity, making it a solid front-to-back listen — if you’re in the mood for it.

The album was preceded by a series of short films, and Q’s cinematic mindset transfers to his music on Blank Face like never before. In some ways, his verses are comparable to Kendrick’s reflections on good kid, m.A.A.d city, with Q recounting his miscreant youth on songs like “Groovy Tony” and “John Muir”. His storytelling, coupled with the ambitious production from Cardo, Sounwave, Tae Beast, The Alchemist, Metro Boomin, and Southside, forms a strong case for Blank Face as Q’s most labored-over album without ever falling apart.

Over the course of the album’s 17 tracks, a handful of undeniable highlights jut out. “That Part” is the album’s one Billboard hit so far, with that ridiculous Kanye cameo where Ye adds, like, five exclamation marks to the end of every line. For the roaring, maximalist street epic “Ride Out”, Q recruits the Long Beach phenom Vince Staples, and it works so well that it’s a wonder we haven’t heard more music from them before now. “By Any Means” has a woozy, cinematic beat that gives extra gravity to lines that might look boring on paper (“You can fuck my bitch, you can have my hoe/ You can smoke that kill, you can push that dope”). Later, “Dope Dealer” would be a standout for its kinetic E-40 verse alone, but Q’s own bars and the space-trap beat from Metro Boomin and Southside help make the song, too.

Much has been made of the second-to-last song on the album, “Overtime”, a collaboration with Miguel and Justine Skye. As Q suggested during a listening party in New York last month, Interscope wanted it on the album, but he sees it as what it is: a bedroom R&B jam that doesn’t fit with the previous hour of music. The very next song, though, is a drastic pivot. With creeping piano lines and an overall eeriness that evokes Mobb Deep circa The Infamous, “Tookie Knows II” directs attention back toward Q’s Crip beginnings. Featuring the little-known rappers Traffic and TF, it’s a reminder that Q is most comfortable when removed from mainstream expectations and industry trends. There’s nothing watered-down about the song, and the same can be said for the vast majority of Blank Face.

Essential Tracks: “Ride Out”, “By Any Means”, and “Tookie Knows II”