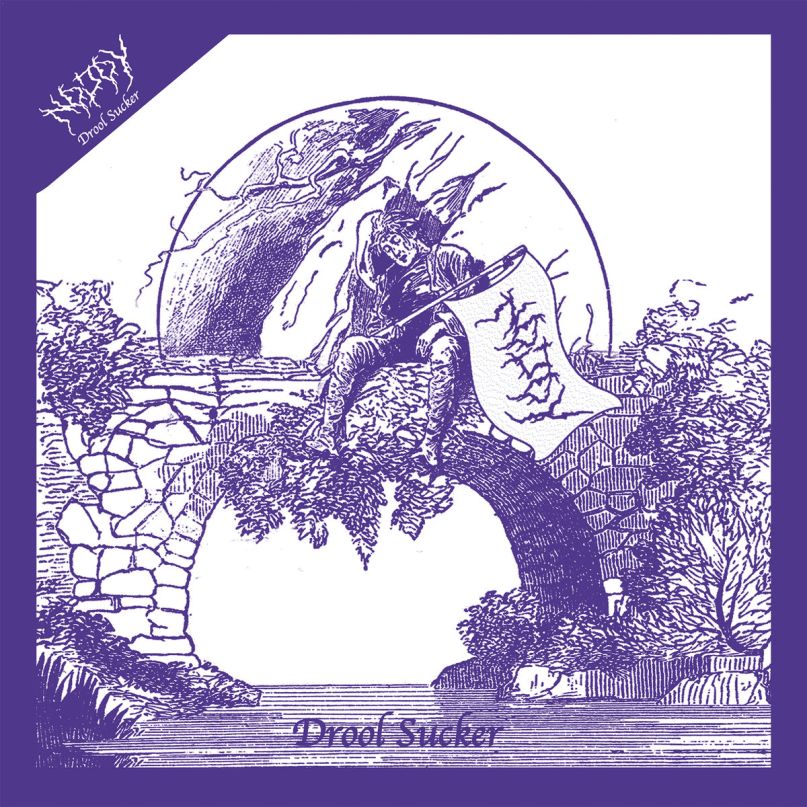 No Joy might be onto something. After two EPs and three full-length albums, the noisy Montreal shoegazers are taking a different approach with their latest batch of dreamy jams. The band’s latest release, Drool Sucker, is just three songs long, but is the first of a series of mini-records to be put out throughout the rest of the year. In a rapidly changing world where the music industry has struggled to figure out how best to approach releasing music, is this the wave of the future?

Releasing just three songs at a time certainly shaves off all the fat of a typical record. Each song has to be there for a reason, no room for the mediocrity that so often slips in unnoticed toward the end of side A (or around the middle of side B). And No Joy certainly deliver on that with Drool Sucker. From the tangled twanging of “A Thorn in Garland’s Side” to the swelling fuzz and feedback of “XO (Adam’s Getting Married)” to the understated crunch of “Theme Song”, there’s not a stinker in the bunch.

This is, increasingly, the delivery system for modern pop, with a music economy based less and less around consumption in the form of an album. There have always been singles, from the earliest Sun Records to Motown to the British Invasion to the Backstreet Boys, but indie music has trucked along steadfastly in the direction of grand artistic statements. Have indie audiences changed in their music consumption habits as well? Would this short and sweet, short-attention-span-primed approach be more appropriate?

If Drool Sucker is anything to judge by, it may well be. These three new songs from No Joy are some of their best in years, all sublimely focused and fantastically executed. They’re filled with beautiful melodies, lush guitars, moments of tenderness, and swells of chaos. And when the next set is released, they’ll be offering something new, maybe a slightly different direction, and audiences will spend some time with it as well, considering it against its own merits. Do we really need 10, 12, 14 songs in a go? How many do we ever get truly excited about anyway?

The other side of that coin, however, is that there just isn’t much to grab onto. With only three songs, there isn’t much room for story, for concept, for statement. Considered individually, the songs on Drool Sucker are each fantastic, but without the context of a larger work, there just isn’t much to explore. As an album, Drool Sucker really isn’t that interesting. It’s barely 16 minutes long. It asks for little investment, but then gives little back, no matter how good the songs may be. I’m curious as to how the band and their label will frame the series’ remaining releases, both in terms of No Joy’s music and as a case study on music consumption. Simply put, the album format has merit, allowing for deeper and more conceptual experiences. The artist has room to take a stand, to delve deep, to create something awe-inspiring. (It’s why I prefer Village Green Preservation Society and Abbey Road to Kinda Kinks and Meet the Beatles!.) A full-length album filled with the kind of musicianship, melody, and emotion No Joy has pumped into these three songs would crack every respectable music journalist’s Best of the Year list without breaking a sweat. But as a series of mini-releases, they may well slip by unnoticed.

So, brilliant or boneheaded? I have no idea. These are some of the band’s best songs since the crushing Wait to Pleasure more than three years ago, showing off once again why they’re one of the best neo-shoegaze bands in the world. It’ll be very interesting to see where they go from here.

Essential Tracks: “A Thorn in Garland’s Side”, “XO (Adam’s Getting Married)”, and “Theme Song”