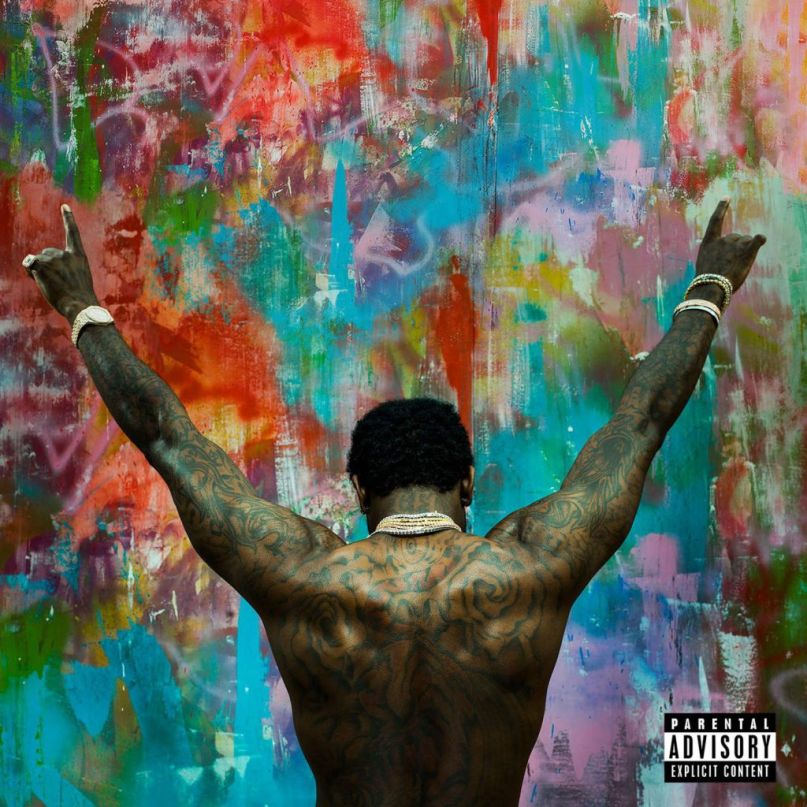 After spending a few years in prison, it didn’t take long for Gucci Mane to return to the studio. His first album since his three-year stint, Everybody Looking, only took about a month after his release to drop. But then again, Guwop wasn’t exactly silent in his years behind bars, releasing mixtapes by the dozens. The previously recorded material was paired with fresh production and collaborators and then pushed onto the Internet to keep the Gucci Mane name in the public eye. It’s perplexing, then, that a new album would come out so quickly; surely there were still some unreleased recordings left in the tank. The extra time those tapes could afford might result in a more cohesive record than Everybody Looking, an album that’s perhaps more solid than it should be but not as dramatic a statement as it could be.

Prior to his incarceration, Gucci made his name by lean-fueled sway, toothy punchlines, and paranoid menace. After his jail time, Gucci’s been nerding out about Game of Thrones, eating kale, and addressing rumors that he’s actually a clone. And while I’d totally be in on a shot-for-shot remake of Orphan Black with the ice cream cone-tattooed rapper in place of Tatiana Maslany, it just seems as if Mane is happy to be home and living his life. Rather than coming out hungry to prove he never lost his number one spot, Everybody Looking feels like Gucci never had any doubts about his supremacy.

Part of that comes from the legion of followers he amassed and the many artists with whom he rose in the ranks, ranging from producers Zaytoven and Mike WiLL Made It to rappers he inspired like Young Thug. For a guy known for keeping his eye out for talent, the bench on Everybody Looking keeps pretty thin, taking those three names and adding on a couple high-profile bonuses: Kanye and Drake. Notably absent are other younger rappers under his influence, like Chief Keef and Migos. Mostly, Gucci leaves enough space for himself to repeat his confident brags a few dozen times.

Fittingly, Zaytoven’s tag is the first word heard on the record; the Atlanta producer has been instrumental in keeping Gucci’s brand on point over the last few years, his production linked to the rapper’s voice. The following track, “No Sleep (Intro)”, hits the nail on the head two different ways. First, he admits throughout the track of his drug habits. He’s not on a pint of lean a day anymore, and he sounds refreshed by whatever form of consumption or sobriety he’s on now. Second, he repeats hook line “I can’t even sleep I got so much to say” eight times rather than adding anything new, an ironic twist. Gucci was never laying down verses full of complex rhyme schemes and interlocking metaphors, but the level to which he repeats hooks throughout the record can be a little tiring, especially as a few tracks fail to differentiate themselves generally. Plus there’s that infectious “Brr!” ad-lib, the best reminder that Guwop’s back.

But just because he’s back doesn’t mean he’s at his full powers. There’s still some rust shaking off, and the tape feels a bit rushed, lacking massive highs. The chirpy “Out Do Ya” should be a smash, Gucci wondering aloud how the other rappers let him get away with one-upping them from the Feds. But lines like “I’m laughing to myself ’cause these rappers so broke” don’t do much to explain why exactly he’s outdoing anyone. The central conceit of “Pop Music” is great (his gun-based rhymes are so repeatable that the “pop” works two ways), but with a little more time he surely could’ve outdone “Fuck all that rap beef, let’s have a gun battle” as a punchline.

All that said, there are some serious highlights, like the insistent “Waybach”. The bass on Zaytoven’s beat thrums constantly, while plinking high-end sounds at times like the Home Alone soundtrack and at others like (appropriately) an ice cream truck — the mystifying production totally justifying Gucci’s note that he’d “rather rap a Zay track than a Dre track.” The excellent “Guwop Home” would be a jam if it weren’t for Young Thug’s mystifying growl-slurred, and then Gucci brings in the boasts (“I’m a rich black man got a couple white friends”) to seal the deal. “Gucci Please” and “1st Day Out Tha Feds” work their repetition to sink into your brain rather than bash it, fitting with Gucci’s straightforward flow.

Some have been critical of post-prison Gucci, calling him out for rapping softer. When I say that Everybody Looking lacks dramatics, that’s not to say he’s lost any edge himself. The specter of his public narrative shadows this record, likely because he released it so quickly. Given a little more space between his release and the record, its differences might not necessarily feel so informed by his time. At 14 tracks and nearly an hour, produced in under a month, some trimming down to essential ideas would have helped, and perhaps the time to spend figuring out what those essentials were. As it is, Everybody Looking feels like a slight step up from Gucci’s prison mixtapes, but not the major step that a Free Gucci statement album might warrant.