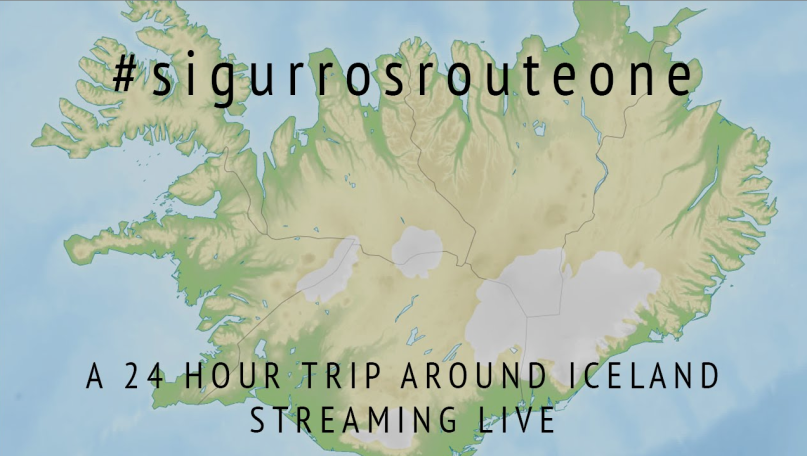 Icelandic post-rockers Sigur Rós recently returned to the spotlight with the debut of new song “Óveður” and a rousing audiovisual performance at Primavera Sound. Now they’ve unveiled what might be their most ambitious project yet. Entitled “Route One”, it’s a 24-hour “slow TV” live broadcast that’s streaming on YouTube and airing locally on Iceland’s RÚV 2 channel.

The video portion of the broadcast takes the viewer through some of Iceland’s most beautiful landscapes — though it may take a while to get to them all. In a press release, the band’s Jónsi Birgisson explained, “In a day and age of instant gratification and everything moving so fast, we wanted to do the exact opposite. Slow TV is counter-active to the world we live in, in that it happens in real time and real slow.” In that same spirit, the music incorporates elements of the band’s new song “Óveður” but rearranges them with help from generative music software.

Check out the live stream below via YouTube. Update: Sigur Rós have shared a five-minute time-lapse of its “Route One” broadcast.