Save Ferris: A Chicago Guide to Ferris Bueller’s Day Off 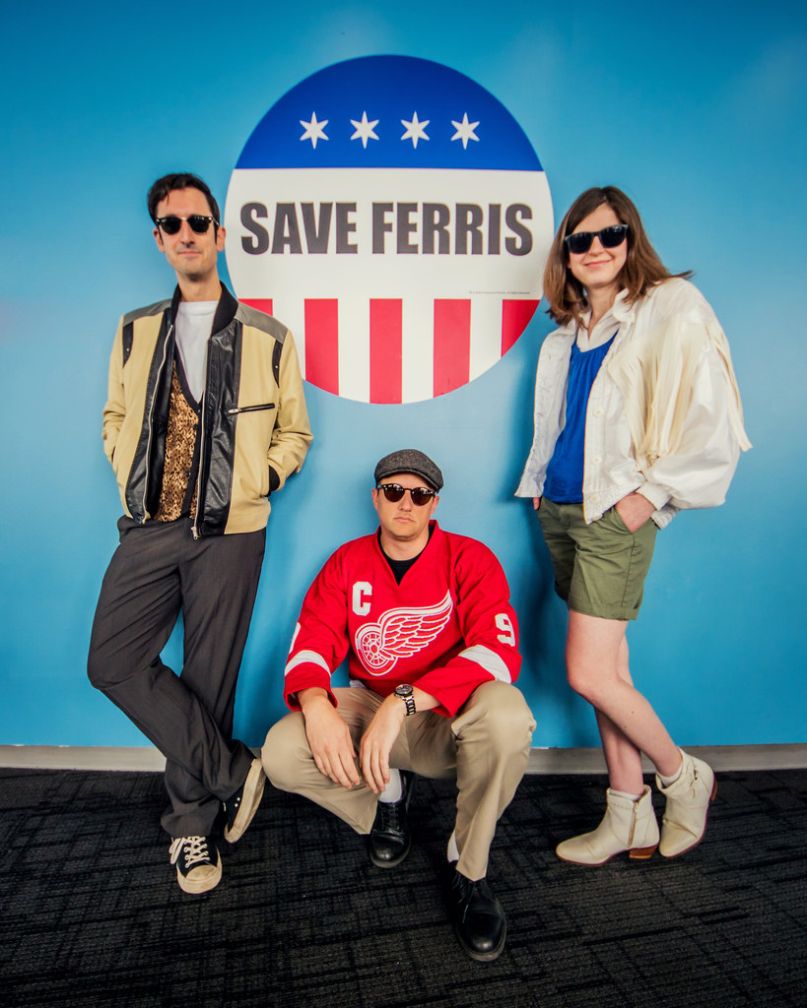 Music, Movies & Moods is a regular free-form column in which Matt Melis explores the cracks between where art and daily life meet. With Ferris Bueller’s Day Off turning 30, four friends return to Shermer, Illinois, to re-create the most famous sick day in film history.

Earlier this year, a film series called Is It Still Funny? ran in Chicago. The screenings featured comedy classics like Animal House, Blazing Saddles, and Duck Soup. No matter how old those films grow, I can’t imagine not finding them hilarious. If anything, a series like that tells you more about how you’ve aged than about a particular film. That’s something I’ve discovered as I’ve gotten old enough to have aged alongside the art I love. Certain movies, music, and literature remain fixtures, but my relationship and distance to them changes as the years pass. That’s as it should be, but at times there’s a sadness in not being able to connect to an album or film in the same way that once mattered so very much to me.

The day out depicted in John Hughes’ Ferris Bueller’s Day Off always prodded my imagination as a teen. A guy, his girl, his best friend, and a dream car speed off on an adventure together, seemingly nothing that can stop them. It’s the type of All-American adventure I envied when younger but never actually embarked on once old enough to do so. When Editor-in-Chief Michael Roffman, Film Editor Dominick Suzanne-Mayer, and I sat down to brainstorm a project for this anniversary, we landed on re-creating the trio’s day off rather quickly. Sure, it made sense because we live in Chicago, where the most iconic filming locations are, but part of me suspects they’ve also daydreamed their fair share of rides in that Ferrari. Just a hunch.

Over the past few weeks, I’ve watched Ferris, Sloane, and Cameron borrow that Ferrari, prank their principal, and twist and shout dozens of times, and it holds up like those comedies I mentioned before. Sure, no teen has ever been such a smooth operator, no parents as blissfully naive, and no principal that hellbent on crushing a child, but after all these years, the sportos, the motorheads, geeks, sluts, bloods, wastoids, dweebies, and dickheads are still right: Ferris is a righteous dude. But what about me? Finally, at nearly 33 years old, a chance to make Chicago my playground like Abe Froman, that seductress in the cab, and George Peterson before me. Would I get pinched, survive, or just stay at home in bed with nothing good to do? Or, more troubling yet, would I realize this once idealized adventure was one I didn’t really want to go on anymore?

It took one look at my friends Michael (Ferris), Heather Kaplan (Sloane), and Justin Gerber (Cameron) in costume to alleviate that fear. As we toured Chicago, I began hanging back and watching them walk down the street together. It was like seeing those characters I’ve known for two decades step out of the film and into my own city. Even more fun was watching complete strangers approach them wherever we went — Willis Tower, Wrigley Field, the Art Institute of Chicago — each just so excited to see them. Children 20 years younger than the film and adults who saw the movie in theaters when they were my age equally lit up when they saw Ferris, Sloane, and Cameron pass by on our adventure. At one point, we had to delay our production at the Art Institute because so many people wanted not a picture of Seurat’s A Sunday Afternoon… but a picture of our Cameron staring at the painting. Still fine art, I think.

As I’ve grown up watching Ferris, I’ve come to appreciate the film as being about more than simply skipping school. It’s one of the last hurrahs for three dear friends who face uncertain futures and know that their roles in each other’s lives are likely to change very soon. As a teen, the film signified carefree adventure to me. As an adult, I see it as a warm reminder that I only have so many adventures left with my own Ferris, Sloane, and Cameron before our lives inevitably change some day. It’s the reason I still drag myself out of bed whenever Ferris calls. It’s why I spent a Saturday running around Chicago with a clipboard full of shooting locations and scenes to re-create.

To paraphrase a righteous dude: Life moves pretty fast, and I don’t intend on missing it.