Plus, the Canadian duo remixes A-Trak and Phantogram's "Parallel Lines" 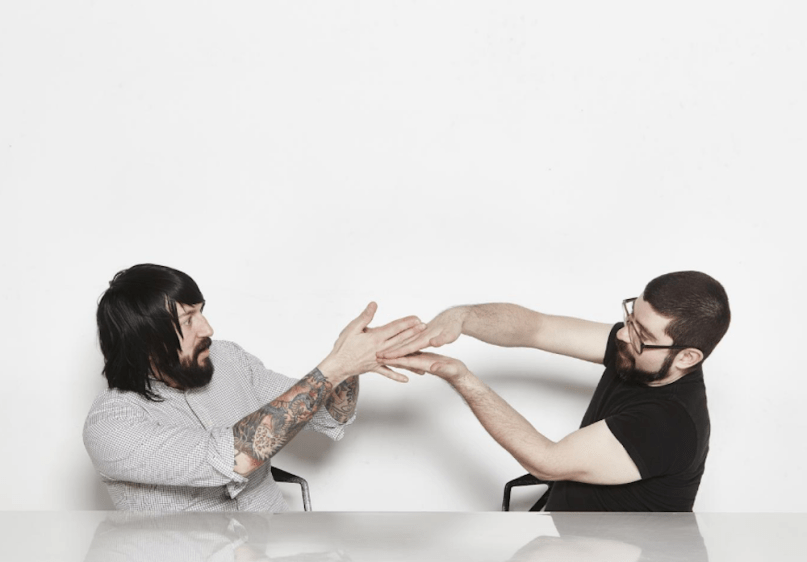 Operator is the new album from MSTRKRFT due to hit shelves July 22nd via Last Gang Records. The electronic outfit’s third LP following 2009’s Fist of God has been teased thus far by the jarring “Party Line” and hyperactive “Little Red Hen”. Now, the Canadian two-piece — consisting of Death From Above 1979 bassist Jesse F. Keeler and producer Al-P — return today with “Priceless”.

With the vocal help of Sonny K, here MSTRKRFT explore the grit and grime of industrial music. Harsh beats collide with crackling noise making for a vicious, feral creature of a cut. In a recent interview with DIY, Keeler explained how the song came together:

“I think we recorded the music in the summer of 2015 in our studio in Toronto. We had been talking to Sonny Kay about doing a vocal on this record, and when we finished this track we knew it was the right one for him. We sent him the earliest mix we had and he apparently listened to it on loop while driving from Las Vegas to Los Angeles, singing and writing the words in the car. He recorded the vocal in Vegas after that, which he sent to us, we edited and worked with and that’s about it. Was fun to make.”

Check out “Priceless” below.