“I’m gonna get these guys. They’re gonna be sorry that they treated all these people this way.” 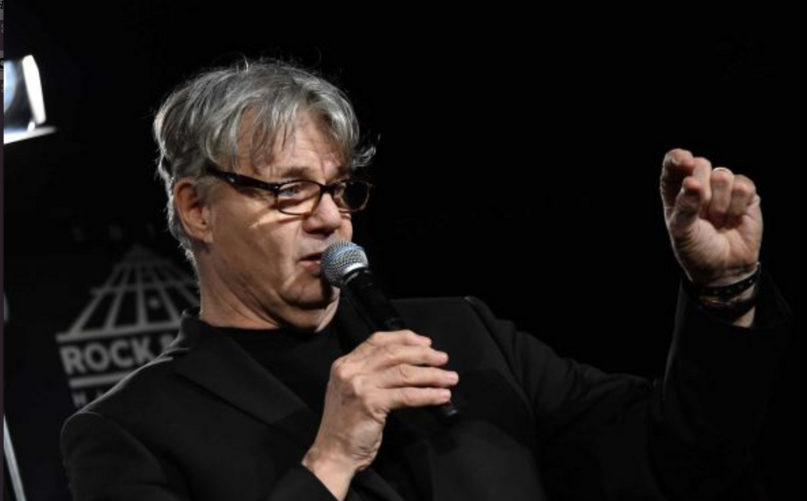 Steve Miller has a brief message he’d like to share with the Rock and Roll Hall of Fame: “Fuck you! Fuck all of you people!” The 2015 inductee continued his public tirade against the Hall of Fame during an appearance on The Howard Stern Show on SiriusXM earlier this week, vowing to “investigate” the organization for its alleged abuses against the very people it’s supposed to champion. The Space Cowboy came out swinging when Stern asked about his controversial speech and interview at the induction ceremony back in April. Here are some of the choicest quotes from the interview:

On the Hall of Fame’s nominating committee:

I think that the nominating committee of the Rock and Roll Hall of Fame is so fucked up and they’re just so inbred and they’re so off-course. I think the only reason I was asked to be in it now was because they had to do a TV show, and that’s all the Hall of Fame was. There is no Hall of Fame.

On his experience at the ceremony:

There was no party, they didn’t introduce any of the inductees or the inductors. We never saw each other. There never was a little thing where they said, “Hey, this is the Hall of Fame! We’re raising money and we’re doing these music education programs and all that stuff.” It was like, “Shut the fuck up. If you don’t do what we tell you to do, we’re going to cut you from the show.” And we go, “Really? Cut us from the show.” And then they say, “Alright, we’re not going to cut you from the show and you can have five tickets for the band.” Fuck you, we want tickets for the band, the wives, and stuff…

It just went on, and it was three months of insults and bullshit. And the actual event was a soundcheck that lasted 12 minutes, this kind of shitty cocktail party on the mezzanine of the arena, then I was sent out to a table where I sat down and didn’t know anybody, and the people in front of us never even turned around to say hi. We just sat there. We went and played a couple of numbers and then went off for this press thing and the first thing they say is, “Hey, how do you feel that they didn’t put you in for 23 years?” You know? And you kind of go, “Fuck you, fuck all of you people!”

On his salty run-in with The Black Keys:

I never was introduced to The Black Keys. I didn’t know who they were personally. I walked in through security and there’s this guy looking at me, like making goo-goo eyes at me or something and I walk up to him and go, “What are you doing tonight?” And he says, “Oh, I’m reading your speech!” And I said, “Oh, great. Well, I can’t wait to get the fuck out of here.” I didn’t know who he was. If we had been introduced, I’m sure we would have gotten along because we like the same kind of music and they’re working musicians and stuff. The whole thing was a setup.

On bringing justice to the Hall of Fame:

On the “investigation” he has planned:

There’s no doubt that Steve Miller is an old crank, but he does voice some legitimate complaints and it’s hard to take sides with a massive (and massively wealthy) organization like the Rock and Roll Hall of Fame. So, uh, go Steve! Burn that place to the ground! The only sensible position in this feud is the one that advocates for peak chaos.