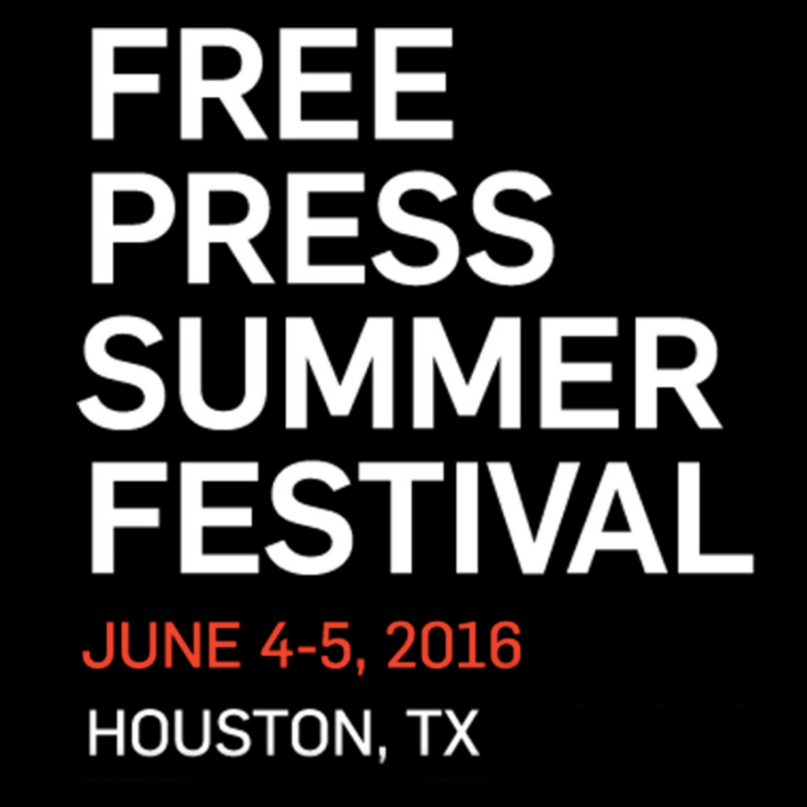 With El Nino/La Nina in full effect over the past year, it’s been a tough couple festival seasons, especially for the South. The final day of New Orleans’ Voodoo fest got rained out last October, Alabama’s Hangout fest experienced rain-induced delays a couple weekends back, and a few Austin fests – most notably the Brian Wilson-anchored Levitation – got cancelled completely due to water-damaged grounds and flood risks. So when the downpours didn’t let up the week before Houston’s Free Press Summer Fest (June 4-5), there was serious concern about holding the two-day event at the usual spit, Eleanor Tinsley Park in the heart of downtown, which was evacuated in previous years due to lightning storms.

Sure enough, the grounds were deemed unfit for festing, but FPSF’s production team (now helmed by ACL / Lollapalooza vets, the Live Nation-owned C3 Presents) were savvy enough to have a contingency plan in the bank: They simply moved everything to the massive parking lot of the Texans’ football stadium, NRG Park. Despite intermittent showers all weekend and the loss of a pretty skyline backdrop to swaths of ugly concrete, the 7th annual FPSF turned out to be a blast, and every scheduled artist (aside from Father John Misty, who outright cancelled), got to play a full set. Compared to Eleanor Tinsley, this layout had far fewer bottlenecks and drastically shorter walks between the five stages, so fans could effectively catch almost twice as many artists among the diverse lineup, which was topped by ColleGrove (Lil Wayne + 2 Chainz) and Modest Mouse on Saturday, plus the Violent Femmes, Deadmau5 and The National on Sunday.

Still, total ticket sales for the weekend were reported at only 50,000, which is about 25,000-40,000 less than one day of ACL. There were plenty of possible reasons for that beyond the weather, including competition with other fests (NYC’s Governors Ball and Spain’s Primavera Sound ran concurrently), and what one editor pal of mine referred to as a “pretty rando” lineup. True, it might’ve appeared hodgepodge with rap stacked against hardcore punk stacked against soul music at any given time. But there were some unifying elements that have held up over the years, including a focus on Southern rap (Trae the Truth, Big Boi, Lil Wayne / 2 Chainz) and abundant favor given to booking Texan faves (The Black Angels, Leon Bridges, White Denim). So who is the target market? Well, Houston and other nearby urban centers like ATX and NOLA where diversity is routinely celebrated, especially in music. Not everyone would want to see Refused, Violent Femmes, and A$AP Ferg on the same day, but a huge handful here definitely did.

Of course, billing artists like 2 Chainz and Deadmau5 as headliners inevitably resulted in the Coachella Syndrome: The bulk of people bought tickets to see only a couple big acts and arrived near each day’s end for those, effectively robbing many local and lesser-known upstarts of due exposure. But dedication to diverse booking and smart scheduling – for example: billing commercially popular groups like X-Ambassadors or Big Gigantic midday to pack in more millennials early on – showed that the fest’s organizers are shooting to build a world-class event.

There’s still work to be done before that idealistic goal is fully realized, but at the end of the day, the variety created more possibility for organic fun and genuine discovery, which is reflected in our best and worst moments of this year’s fest. Click through to peep deets on those sets, plus our exclusive photo gallery.