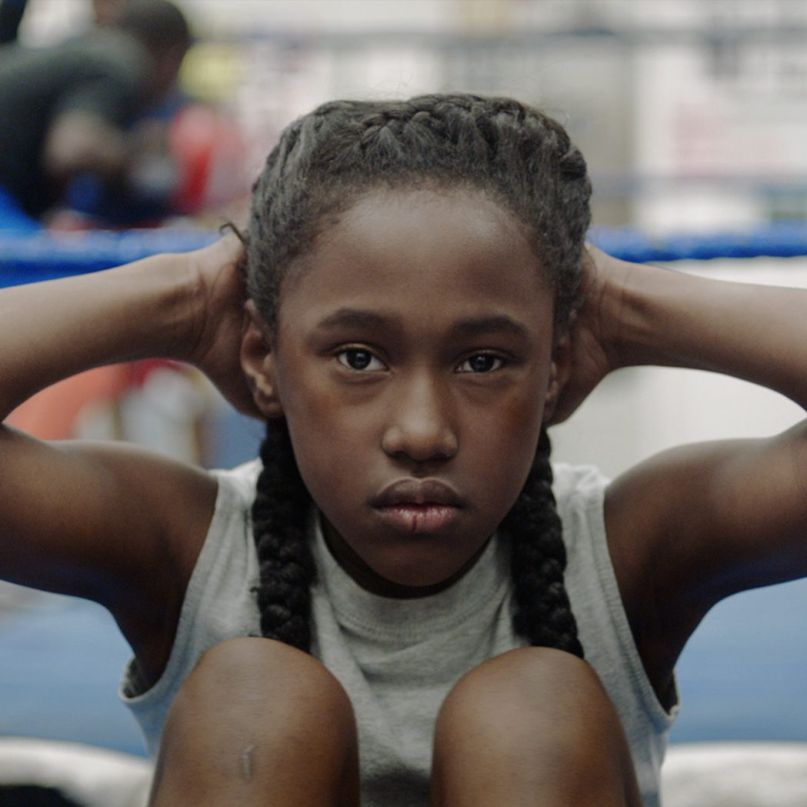 The Fits is a rare little film. It’s a scant 70 minutes. The adults are mostly out of focus — literally and metaphorically. The exposition’s nonexistent, the protagonist mostly silent, and the white people nowhere to be found. Not only are answers few and far between, but even the questions are hard to pin down. It’s quiet and strange and simple.

It’s also unforgettable, in ways that can be easily named and in others that can’t. The narrative debut of writer/director/producer Anna Rose Holmer, The Fits seems like a dance film at first glance, but that’s a wildly inappropriate comparison. Nor is it a traditional coming-of-age story. Instead it’s a psychological portrait of a young girl, equal parts opaque and invasive, giving the sense that you’re peering in at something that you don’t quite understand, but know enough to realize that it isn’t okay, like a kid peering through a window at something scary.

Coincidentally, that’s a big part of what happens. The Fits sits solidly on the shoulders of Toni (dazzling newcomer Royalty Hightower), a young girl who spends her free time training as a boxer with her brother, then helping him clean the community center after their workouts. One of the windows she peers through most regularly is the one that looks in on the practices of The Lionesses (played by Cincinnati’s The Q-Kidz Dance Team), a ferocious pack of girls who bring home trophy after trophy. After working up the nerve to join, she finds herself stranded between two communities, neither of which fully embraces her. Then the girls of the Lionesses begin having the titular fits, which have no clear root cause and never look quite the same. That’s when things get weird.

Stop trying to figure the fits out well before you even sit down in the theatre, because the film isn’t forthcoming with answers. They’re not as neat as a metaphor or a MacGuffin. Like gender, age, sexuality, glitter, earrings, basketballs, purple T-shirts, filtered water, nail polish, and an empty swimming pool, they’re all a part of creating and reinforcing the walls that separate Toni from the rest of the world, and providing the cracks through which she can peer.

Those cracks are fascinating, whether they provide answers or not. Holmer lets the camera peer right back at Toni, employing shot after shot in which she looks stoically into the lens, which sits inside a mirror, behind a window, or at the top of the pull-up bar. The effect created is one of the young girl staring at her audience, who have no choice but to stare right back.

With a lesser performer, the results could veer anywhere from creepy to unintentionally funny, but in her young lead, Holmer has hit the jackpot. Hightower imbues Toni with something almost otherworldly. Her penetrating (yet oddly blank) gaze makes it seem possible that she could fall victim to one of these fits, or could somehow be causing them. She draws out empathy as if sucking it through a straw, but as new friends (including standout Alexis Neblett, another newcomer) greet her boldly, one could be forgiven for the impulse to shout out a warning. Toni’s just a kid, but both Hightower and Holmer give her tremendous power.

It’s that power that makes the film’s final sequence so striking. Without giving anything away, it’s a stunning conclusion, audaciously simple from a storytelling standpoint but equally as audacious visually. Creating a kind of mental cacophony, it makes it easier to appreciate Hightower’s accomplishment throughout the film — her striking grace makes it all the more obvious that her poor dancing near the film’s start is a deft piece of physical acting — all while making the questions about those fits seem all the more meaningless. Whatever they are, and from wherever they spring, the result is the same: we all want to find a way to belong.