Film Review: Teenage Mutant Ninja Turtles: Out of the Shadows

The Michael Bay-produced sequel is louder, dumber, and simply pandering 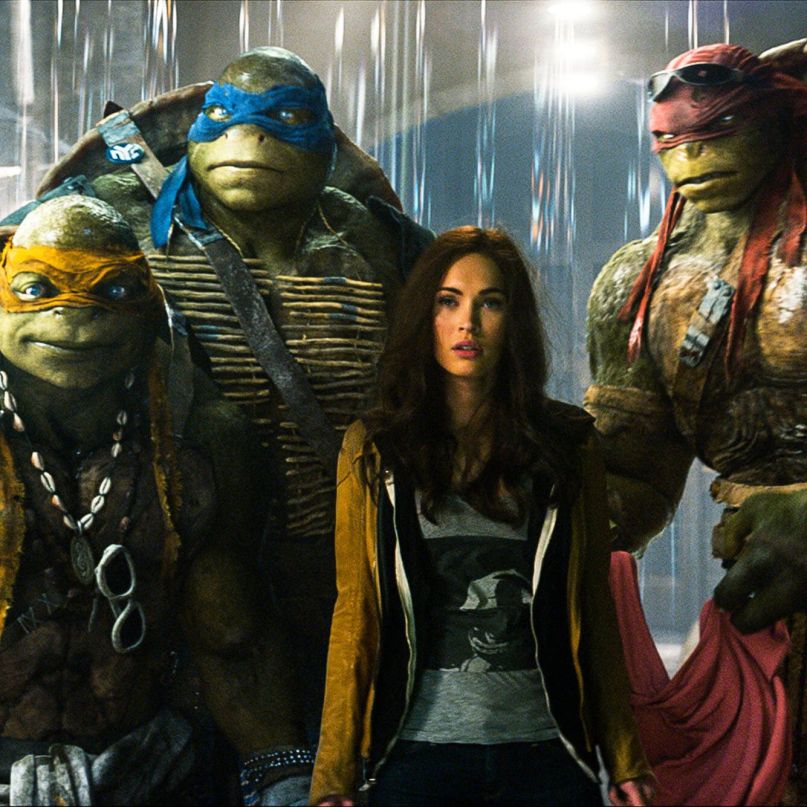 Every ’80s and ’90s child lost a little of their innocence the moment they realized that their heroes, four rambunctious mutated turtles, were just one toy with different colored masks. In that instance, the realities of commerce began to sink in. The exciting cartoon adventures of Leo, Donnie, Mikey, and Raph were simply 22-minute commercials for the newest playset or animalistic villain-of-the week. For their part, the toys would give the child a daily reminder not to miss the next thrilling adventure of the Teenage Mutant Ninja Turtles. As such, we never missed an episode.

Now, here we are, 32 years after the creation of Peter Laird and Kevin Eastman’s blockbuster behemoths of popular culture, and 29 years after their domination of airwaves and store shelves began. Their latest chapter is Teenage Mutant Ninja Turtles: Out of the Shadows, and it’s sadly the same toy with a new paint job. Naturally, Paramount Pictures hopes that its audience can go back to those prepubescent days of blissful ignorance and put aside any and all desire for narrative cohesion, compelling characters, and original content.

Similar to the Transformers and G.I. Joe series, this Michael Bay-produced extravaganza bets that nostalgia can trump cynicism and good sense. Unlike 1991’s Teenage Mutant Ninja Turtles II: Secret of the Ooze, with its seeming contempt for the source material, Out of the Shadows is painfully faithful to the cartoons and toy lines. Fan favorite villain Bebop (Gary Anthony Williams) and Rocksteady (Sheamus) are here in hi-def CGI bleakness. Friend and jokester Casey Jones (Stephen Amell) is ready to assist with his hockey stick and quick wit. The Party Wagon is back with some exciting new features. Even for a jaded film critic, there’s admittedly a certain thrill in seeing the toys of youth displayed on the big screen.

As expected, though, any pleasure to be had from Out of the Shadows is derived from either past experiences or future promises. Like nearly every modern franchise, the sequel makes plays toward a cinematic universe, teasing new, more powerful villains and new, more exciting adventures. If this one isn’t working for you, just wait ‘til the next one. Nostalgia and franchise-building aside, the film’s also a mishmash of action movie beats, tired comic exchanges, and storylines from stronger comic book and science fiction fantasy fare of yesteryear. An ancient device is needed to open a portal for the arrival of evil aliens. Sound familiar?

Likewise, the music selection calls to mind scenes from previous films. This is no loving homage, but clear plagiarism. Elvis Presley’s “A Little Less Conversation” plays during a heist scene as it does in Soderbergh’s Ocean’s Eleven. “Spirit in the Sky,” used as recently as Guardians of the Galaxy, again accompanies goofy characters taking on an impossible task. Then there’s Edwin Starr’s “War” which brings to mind Chris Tucker and Jackie Chan in Rush Hour. If your film is borrowing from Brett Ratner, there really is no help for you.

Just to throw their net a little wider, the studio cast two actors with large, very opposite fan bases. This is nothing new in Hollywood filmmaking, but rarely has the practice been so mind-boggling. There’s Amell, star of the CW’s Arrow, who’s taken out of his comfort zone of brooding and thoughtful squinting and forced into a hefty share of physical comedy. Not surprisingly, the actor is quite capable in the action scenes, but his trusty hockey stick exhibits more acting range. However, Madea mastermind and Gone Girl co-star Tyler Perry has some fun as Baxter Stockman, the film’s mad scientist, and appears to be in the joke and/or quite happy to cash his paycheck.

In hindsight, the cast is full of actors on their way up (Amell), on their way down (Will Arnett), or just outright slumming it (Laura Linney). Of course, there’s Megan Fox as April O’Neil, existing somewhere at the axis of success — you know, just hanging out. When she’s not having circles run around her by the ever-talented Linney, she’s spouting expositional dialogue or sashaying in a Catholic high school girl’s uniform. Also, hearing her say “Cowabunga” … there are no words.

As for the titular turtles, well, they’re still hardly the cute, lovable heroes of our past lunchboxes and trapper keepers. Much like they were in the 2014 predecessor, the four CGI heroes in a half shell are large, monstrous, and … detailed. What’s worse, they’re exhausting to watch. Accouterments and accessories bog down their respective images so heavily that the focus is drawn to a swinging set of sunglasses rather than the eyes of the protagonists.

Having said that, director Dave Green does create a bombastic physicality for the turtles that’s near-spectacular. It’s a pleasure to see them flip and hop in a parkour formation, even if it’s over-the-top and beyond asinine. To his credit, Green makes great use of wide-angle photography so the action feels comprehensible, with surprisingly long shots and effective editing. It’s just a shame the director’s talents are wasted on this brand-stamped mess.

Nevertheless, Teenage Mutant Ninja Turtles: Out of the Shadows comes off less as a film than a grouping of shortcuts to our collective cinematic and cultural unconscious. But this time, you don’t need to turn off the TV, you just don’t have to go.