After 20 years together as a band, DBT's 12th album is their most political yet 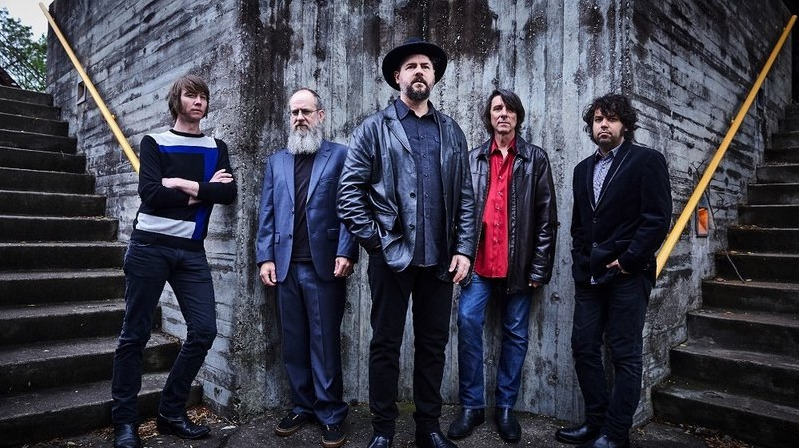 Drive-By Truckers reached their 20th anniversary as a band this year, right amidst the most volatile election cycle in recent memory. For a Southern rock band, such tumultuous times could prove difficult to navigate, but for their 12th album, DBT chose to face the challenges head on. American Band, due out September 30th from ATO Records, promises to be their most advertently politically minded record to date, one “steeped in this moment of history that we’re all trying to live through.”

In a press release, the band’s Patterson Hood said the album is about how “some people are trying to define what it is to be American. Definitions based on some outdated ideology of prejudice and fear. We are loudly proclaiming that those people don’t speak for us. America is and always has been a land of immigrants and ideals. Ideals that we have often fallen short of achieving, but it’s the striving that has given us whatever claims to greatness we have had. That’s what America means to us and ‘We’re an American Band.'”

On the first single from the album, “Surrender Under Protest”, vocalist/guitarist/songwriter Mike Cooley repurposes an old slogan for the Lost Cause of the Confederacy to directly address the recent controversy surrounding the Confederate flag. Inspired by the removal of the battle flag from outside the South Caroline Statehouse falling the tragic murder of nine African Americans during the Charleston church shooting, Cooley makes the case for moving on from hateful traditions while maintaining pride. “Compelled, but not defeated,” goes the chorus. “Surrender under protest, if you must.” Take a listen below via NPR.

Drive-By Truckers will embark on the American Band tour in support of the forthcoming album, kicking off August 20th at Colorado’s Red Rocks Amphitheater. Find the complete schedule beneath the album art and tracklist for American Band, which can be pre-ordered here.