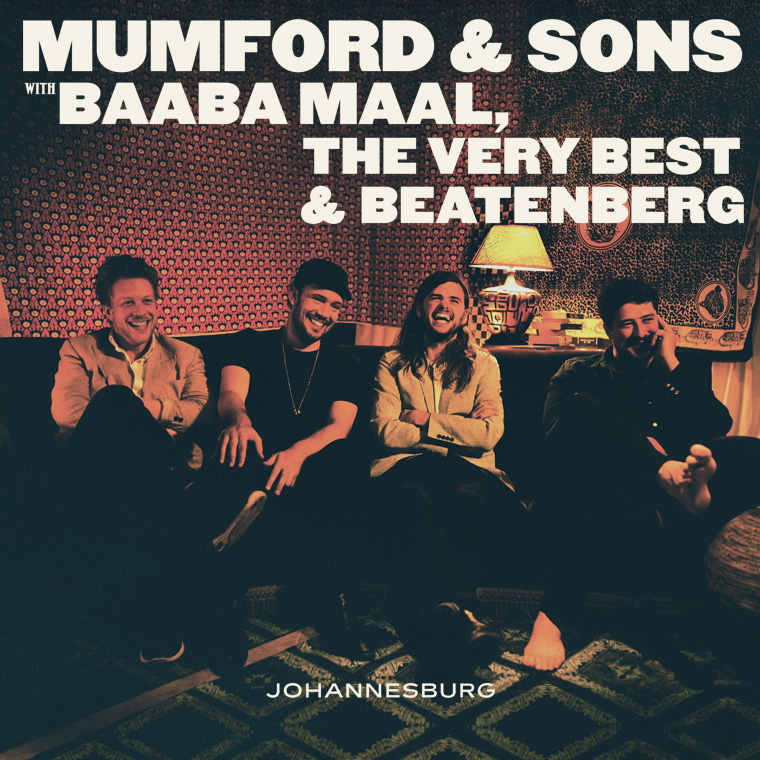 When massive pop artists shake things up, the results can be divisive. Pop music is designed to target the broadest swathe of the market, and changing the formula usually involves picking out and homing in on a more specific trait, something that in turn will appeal greatly to some and alienate others. For their new EP, Mumford & Sons embrace African music, folding it into their grandiose folk pop hooks. It’s tempting to call that move safe, considering the groundwork laid by everyone from Paul Simon to Vampire Weekend. But while they didn’t produce anything that will change their music or your perception of it, the resulting Johannesburg glows with a genuine appreciation, even love, of the music and musicians with which Mumford and Sons collaborated.

The EP comes only about a year out from Wilder Mind, the outfit’s third studio album. Divisive in its own way, the record found the British outfit amplifying the rock element of their sound, without sacrificing their massive pop appeal. The results were trite, sure, but again seemed to come from an honest passion, an interest that even if founded on cliches was rendered in loving accuracy. After that big change, it’s an interesting decision to incorporate an even bigger shift into their next release. But here they are, bringing in South African band Beatenberg, Malawian-British duo The Very Best, and Senegalese singer Baaba Maal. They got back into the studio again because they were inspired and sincere.

That sincerity counts as the EP’s biggest strength, but could also be considered its key weakness. The formula for the set remains pretty consistent: Tracks begin with a groove driven by their collaborators, followed by one of those iconic massive Mumford harmony hooks, return to the groove, rinse, and repeat. The one track on which all of the collaborators participate, “Wona” is a prime example. The guitars and bass bounce in a polyrhythm, followed by plenty of charming aux percussion and a skipping, Vampire Weekend-esque vocal line from Beatenberg’s Matthew Field. And then, just as the Mumford world seems to have changed, all of the momentum is capped by the arrival of a big, slow, syrupy melody — championed by vague lovelorn platitudes no less.

Rather than finding common ground, Mumford & Sons sound excited to stand side-by-side with their African collaborators. It’s hard to fault them; Maal, The Very Best, and Beatenberg’s were invited to this party because they’re all powerful artists in their own right. But rather than mine the potential depths of a more cohesive collaboration, the two halves often feel disconnected.

For that fusion of pop and African influences, one need look no further than Beatenberg. The trio of Field, Robin Brink, and Ross Dorkin bring vibrant, complex polyrhythms to bear on indie pop. The skipping “Fool You’ve Landed” is a bit listless — especially lyrically — but gets across a warm, sunny feeling. When Mumford and Sons give way completely to Maal on the closing “Si Tu Veux”, the result is similarly ecstatic, the harmonies acting as footlights for his evocative vocals, conveying so much emotion that even non-Pulaar speakers will get plenty from the song.

On the slow-burning “Ngamila”, the two halves come closest to being actually stitched together. The rhythms don’t disconnect between Maal’s verses and the Mumford chorus. The slinky lead guitar line and choppy percussion build to the appropriate epic heights for The Very Best vocalist Esau Mwamwaya, Maal, and Mumford’s full-throated syllables. “You stare at your own hands not the hands they entwine,” Mumford soars, followed by the Malawian Mwamwaya and the Senegalese Maal. In fact, though, it seems that Mumford & Sons spend equal time staring at their own hands and those they entwine, but less time at the fact that they’re entwined. Hopefully fans will notice, though, and move from here to Maal’s The Traveller, The Hanging Gardens of Beatenberg, and The Very Best’s Makes a King while they wait for Mumford and Sons’ next experiment.