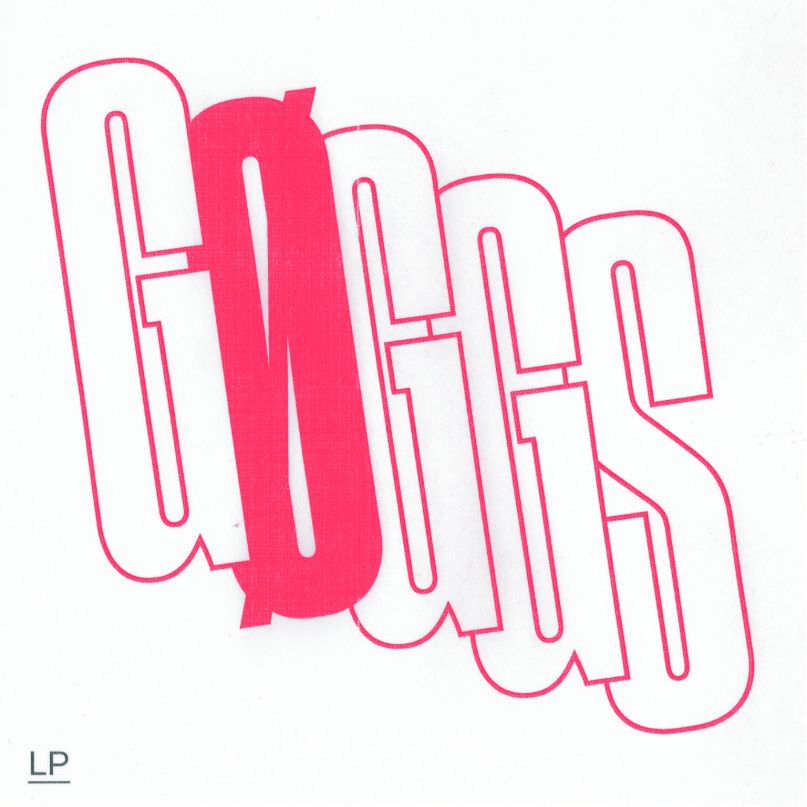 It might be easier to count the records Ty Segall hasn’t been on over the past few years than the ones he has. He’s a truly prolific musician, so in love with creating sound, both for himself and in collaboration with his friends. And as exciting as hearing his distinctive caterwauling layered over the buzz of his guitar, some of the most interesting projects he’s taken on are the ones that see him take a back seat to another vocalist, concentrating his energy on shredding his axe or pounding the drums.

That’s the story of GØGGS, Segall’s new project with Ex-Cult’s Chris Shaw at the microphone and longtime collaborator Charles Moothart completing the trio. Though Segall may have written and produced the self-titled album’s ten searing tracks, the music is truly a showcase for Shaw’s gruff bark, an ultra-refined take on Ex-Cult’s ’80s hardcore worship with razor-sharp, overdriven guitars and waves of distorted synths running high in the mix. The versatile Segall and Moothart rotate instruments on nearly every song, trading off lightning-quick guitar licks, bass lines, and drum fills, with guests like Mikal Cronin, Cory Hanson of Wand, and Denee Petracek of VIAL dropping in on the fun as well.

Moothart is a natural choice for a creative partner, having not only played guitar with Segall in Fuzz, but also throughout the gonzo garage rocker’s nine solo records, including Ty Segall Band’s Slaughterhouse. The two multi-instrumentalists approach each song for GØGGS as an individual idea, taking on whatever role best fits the track, and the album benefits from their communal approach. Every track bursts with creative energy, tonally consistent as a whole despite their different arrangements. Whether its Moothart blazing through “Shotgun Shooter” and “Smoke the Würm” or Segall shredding on the excellent single “She Got Harder”, they’re both tentacles of the same writhing, rumbling monster coming to smash your house to rubble.

This may well be Segall’s most aggressive offering to date. The introductory menagerie of noise and roiling, manic drumming on “Falling In” is one of the most brutal 90 seconds of tape that he’s ever recorded. And it’s not just that he’s foregone his typical bluesy garage rock riffage for the straight-ahead, two-stepping hardcore of Fear or Black Flag; it’s also in the white-knuckled microphone grip of Shaw, the unrelenting punch of his voice shellacked with fistfuls of distortion and reverb. A far cry from Segall’s own garage rock yowl, Shaw thunders and growls through the noise, somewhere halfway between METZ’s Alex Edkins and Henry Rollins. Though the music itself is top-notch, it’s really Shaw that drives the album forward. Both Segall as the writer and the band as a whole have done a fantastic job in creating a vehicle for the Ex-Cult singer’s vocal approach. This doesn’t sound like Shaw singing over Segall songs — GØGGS is clearly its own entity, and an exciting one at that. This isn’t a side project, it’s a living, breathing thing with plans to tour and record more.

But as the band continues, they do still have a couple of kinks to work out. The production of the drums on this debut leaves major hang-ups, for one. Segall was clearly going for a specific sound here (namely that flat ’80s hardcore aesthetic that Ex-Cult does so well), but paired with the mounds of steely, Albini-esque guitars, the drums sound thin and weak, the cymbals cheap and choked, like they were bought at Kmart and recorded in a closet. A fuller, roomier approach would have cranked the power of the record up tenfold, turning it from a rusted-out old Camaro careening down the Pacific Coast Highway and into a roaring, fire-spitting locomotive from hell.

Their reverence of the past also narrows the band’s scope slightly, with more than a few of the 10 songs sounding a little too alike. The grinding synths and swells of feedback take the album to newer places, but as the band continues to create, they’d do well to cherry-pick the best parts of their forebears’ evolutions — particularly the unbridled chaos of Zen Arcade-era Hüsker Dü and the expansive experimentation of later Black Flag — to continue filling out their sound. They’ve already shown an affinity for that in songs like the no wave-y “Assassinate the Doctor” and, even more so, “Final Notice”, which uses synths and broken beats to push beyond their two-stepping comfort zone. All of this indicates that there should be even more weirdness and experimentation in the albums to come.

Essential Tracks: “She Got Harder”, “Falling In”, and “Shotgun Shooter”