A product of contemporary market forces with a cynically Pavlovian drive 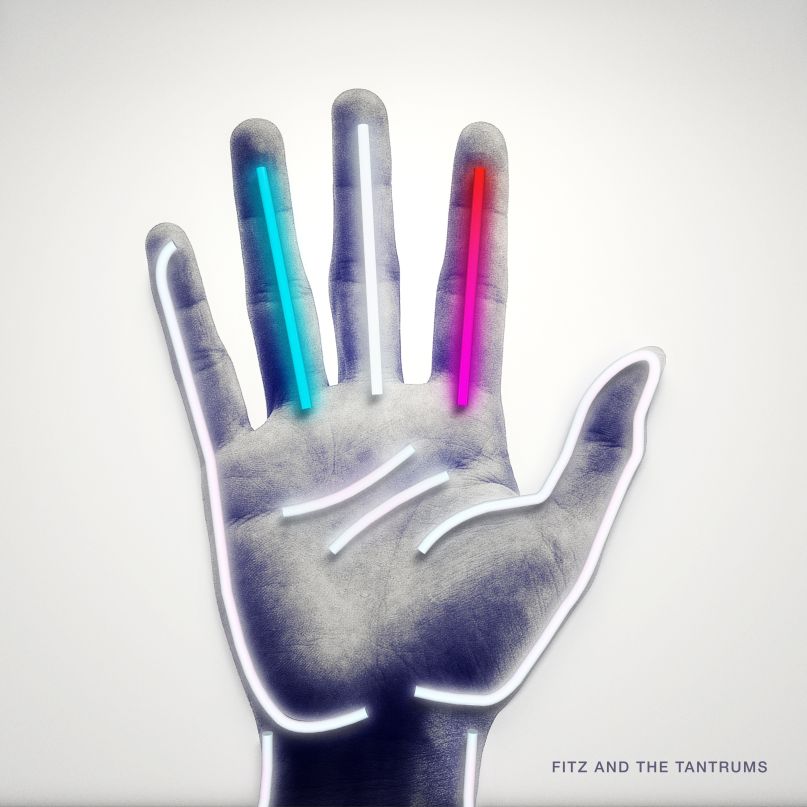 There are those who would tell you that rock is dead, that it has no new vistas left to explore or discover, that kids these days with their internet and their iPhones just don’t have same heart or gumption that we did back in “the day.” Most nights, I can recognize these claims as the bitter lamentations of the willfully out-of-touch. Most nights. But tonight I’m listening to a new Fitz and the Tantrums album.

If there’s anything that lends weight and credence to the bloviating of aging scenesters, it’s the existence of bands like Fitz and the Tantrums. When the group emerged in 2010, they introduced themselves to the world as a charming, if not necessarily groundbreaking Motown revival group. For their major label debut three years later, they leaped forward two or three decades in sound and landed in the same tired patch of ’80s Top 40 that every other electropop group has been picking clean over the past 15 years. This eponymous release should successfully drive a stake through the heart of whatever memory of “MoneyGrabber” you might still be holding onto. These guys are basically Maroon 5 now, shilling the same weak broth of personality-less blue-eyed soul all gussied up in the glossiest and most garish of dance floor accouterments.

There’s precious little on this album to enjoy, but lead single “HandClap” offers at least a glimmer of promise at the outset. Joe Karnes’ meaty bass line takes center stage alongside some subtle brassy embellishments. There’s a spareness to it that can trick you, momentarily, into thinking you’re listening to Le Tigre, reimagined for Kiss FM. It’s so groovy you can even look past how utterly devoid of content Michael Fitzpatrick’s lyrics are, but then you get to that cheeseball bridge where he’s just crooning to the high heavens and you’ve got nothing else to distract you.

From there things take a turn for the truly grim. Fitz and the Tantrums is like a honeybee with a hair-trigger temper: It leads with its stinger, and then drifts off into space with its guts unspooling behind it in a gossamer thread. The remainder of the album plays out like a grab bag of the worst aspects of contemporary pop. You get the cringe-worthy sexual braggadocio of Adam Levine on “Complicated” (delivered in a quasi-rap cadence, no less), the manufactured emotional intensity of fun. on “Roll Up”, and a torrent of AutoTune and the requisite sprinkling of milquetoast ballads. Noelle Scaggs remains an underutilized resource. She barely gets a verse of her own, and one of the few she does is the groan-inducing cheer from the bridge of “Complicated”.

But what makes this album most insufferable is its attempts to connect to the past. Deep cuts “Fadeback” and “Get Right Back” sound like straight-faced attempts to drag ’80s adult contemporary into the 21st century. Fitzpatrick’s vocal similarities to Daryl Hall are well-documented, but the degree to which he courts that comparison is disconcerting. Who are these people who, sitting in their dentist’s office waiting room, heard the song “Maneater” come on over the satellite station and thought, “This is the future of music”? It is the bitterest of ironies that, while many pop artists have created their most vital work by exploring the fringes of today’s digital underground, former indie artists seek their inspiration from regrettable mainstream acts of yesteryear.

When considering the album as a whole, the lyrics to “HandClap” take on a dismal significance. When Fitzpatrick boasts “I can make your hands clap,” he’s not lying. The Tantrums maintain their penchant for crafting hooks that are immediately appealing, but along the way they’ve shed anything that would set them apart as a unique or individual entity. The response they seek to evoke from their audience is cynically Pavlovian. Fitz and the Tantrums is an album that feels, by some bizarre paradox, like both a product of contemporary market forces and a depressing relic of an era of the music industry best forgotten.