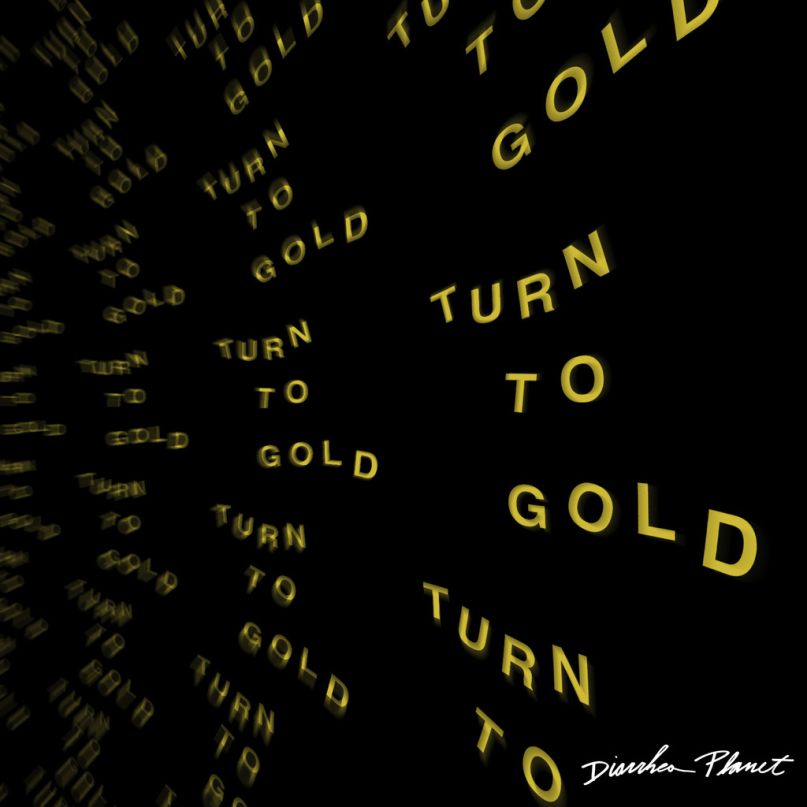 At the end of Bill and Ted’s Bogus Journey, our heroes have just defeated evil robot versions of themselves and an evil gym teacher from the future. See, in the future their band Wyld Stallyns are credited with bringing peace on earth with their ripping guitar solos. It’s at this moment that they realize that they still don’t know how to play. They hop in their phone booth time machine and come back to play a rousing rendition of KISS’ “God Gave Rock and Roll to You II”, complete with an added Steve Vai solo for the intro. They’re backed by medieval princesses on keyboards and drums, Martians on bongos, and the Grim Reaper himself on bass. A montage appears on the screen with headlines about bringing an end to all wars, air guitaring being proven to reduce pollution, and a tease that the band is going to Mars.

It’s a totally absurd but oddly moving ending. It’s full of joy and hope, buying into the idea that monster riffs and party anthems really can change the world. This same feeling is encapsulated every time the members of Diarrhea Planet plug in their four guitars. The Nashville act has tapped into this energy between three EPs and two studio albums, including 2013’s breakout I’m Rich Beyond Your Wildest Dreams. Their live show has also built up their mythos, rallying fans into a frenzy and getting otherwise normal people to jump and yell “Ghost With a Boner”. Thus far, this has all been done with a DIY aesthetic, leaning into the ricketiness of their recordings. Now they’re cleaning up the sound and reaching for Valhalla with a polished new record, Turn to Gold.

Recorded with Grammy award-winning producer Vance Powell (Jack White, Chris Stapleton) in his Nashville studio, this is the clearest the band has ever been. That shouldn’t cause alarm though, as the songs still pack their mischievous and motivated power-garage attitude. Sure, their name is Diarrhea Planet and they write songs about erect ghosts, but masked behind all of this has always been an arena rock band. They are the band Wyld Stallyns promised to be. The instrumental introduction “Hard Style” announces this new iteration with the pomp and circumstance of rolling snares. A drawn out guitar line enters, followed by a harmony from another guitar, then another harmony, and then another. By the time it reaches the climax with a series of arpeggiating lead lines, it feels like the 1988 Monsters of Rock tour hitting your emotions with a Stone Cold Stunner. The gloss can occasionally get a little too shiny, covering up the aspect of what once endeared them to the world, but when it works, they’re turned into heroes.

There’s no irony in Diarrhea Planet’s performance. This isn’t some sort of meta joke about rock music, making fun of the old guard, and the sincerity of it all is what makes it work. After such a large scale introduction, second track “Announcement” finds the band surprisingly dejected. It’s a plea from the bottom of life, committed to overcoming whatever perils befall the narrator. That narrative is common for the hair metal acts of yesteryear, but those were also bands with dashing good looks and conventional career arcs. The motley crew of Nashville punks who name themselves after shit, though, you can guess they’ve had some tough times. They’re approachable and relatable heroes, further evidenced on the surging “Life Pass”. Each verse details more daily struggles, like digging pennies out of couches and stumbling bloody down the street.

It’s not all wallowing though. DP let out their enthusiasm full-force with tracks like “Bob Dylan’s Grandma”, which serves as an ode to learning to play the guitar. Fingers bleed and playing is likened to flying an F-16 fighter jet. In many ways, this song is key to understanding both the record and the band. Diarrhea Planet tap into the youthful excitement of music, those years many of us spend head-banging in front of a mirror, idolizing guitar gods with posters on our walls, and thinking we’ll be just like them someday. That sense of wonder and joy can fade as you get older, yet these guys continue to mine that feeling.

When DP is having fun, they’re an unparalleled act. “Ain’t a Sin To Win” opens with the purr of a motorcycle, detailing a race against Jesus. They go neck and neck, skirting across heaven and the streets of gold. Appropriately, the chorus is simple: “Motorbike! In heaven!” Elsewhere, “Hot Topic” builds from skull-vaporizing punk to devilish metal. After yelling the brilliant line, “Pull the ghosts out of Danzig’s house and listen to them raging,” the song quickly morphs into a fit of thrash. There’s even a hint of Tom Morrello overdrive in one of the (many) guitars.

Everything is heaven and hell or life or death with Diarrhea Planet. It’s all steeped in real-life anxiety and fears, as on closer “Headband”. The track details the stresses that run through a person’s mind before falling asleep. “What am I really doing here?” Push these thoughts away. Brush your teeth and reassure yourself that it’s all okay, even if it’s not. That’s some real vulnerability thrust into a massive seven-minute rock opus with multiple guitar solos. Sometimes emotions like these can’t be quiet and contemplative, they need to be shouted along to and blasted from car speakers.

Turn to Gold may be one of the most hopeful and transparent records to come out this year. It will still be an acquired taste; not everyone feels in rapid fire triplets and fist pounding choruses, and some of it may play too heavily on nostalgia for those who grew up on records like these. But Diarrhea Planet draw from those familiar sounds and feelings to create something new and self-aware. Cynicism enters our lives and we begin to realize that maybe rock and roll can’t change the world like we thought it could when we were kids. Diarrhea Planet refuse to think that way.