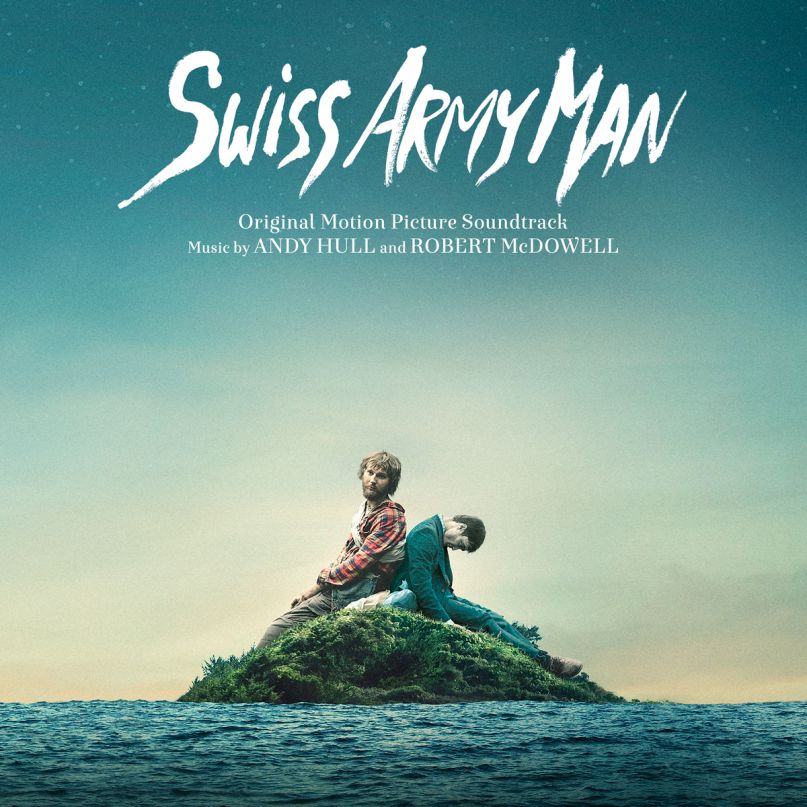 On 2014’s Hope, Manchester Orchestra showcased a side of themselves that they had only teased in their previous work. The record reworked the songs from that year’s Cope with a focus on the quiet and calmer spaces absent of traditional alternative rock riffs, unearthing something truly beautiful. Frontman Andy Hull had explored this side of himself more personally with his side project Right Away, Great Captain!, but Hope doubled down on that effort. The resulting product showed a lot more growth than just being able to play their own songs less loudly.

While it took Hope for fans and observers to realize this side of Manchester Orchestra, directing team the Daniels caught on earlier. Daniel Kwan and Daniel Scheinert had directed videos for Battles, Chromeo, and Manchester Orchestra’s “Simple Math”; when producing their first feature film, the Daniels reached out to the latter’s Hull and Robert McDowell to compose the score. Their comfortability and willingness to experiment resulted in the beautiful, quirky score for Swiss Army Man, an obvious triumph even to those who haven’t seen the film.

Anyone familiar with the work of the Daniels will know their unconventional streak, and it’s little surprise that they had some very particular terms for Hull and McDowell: Since the film closely follows the subjective experience of its protagonist, the Daniels challenged Hull and McDowell to score completely without instruments, but instead only with their voices — as if the music were coming directly from the character’s head. The two had dabbled with this idea before, with their reinterpretation of “See It Again” on Hope featuring only layers of Hull’s vocals. The score expands upon this idea to the wildest extent, taking the idea of “a cappella” to an otherworldly realm beyond things like Ivy League clubs, Pitch Perfect, and Glee.

The score essentially layers Hull’s voice atop itself into almost innumerable melodies and harmonies, evoking an ethereal void at some point and symphonic weight at others. These sort of dynamics are welcome as they coincide well with the story of the film — the music is meant to sound like the score that Paul Dano’s castaway character, Hank, would imagine for himself through the process of discovering and befriending a dead body he calls Manny (played majestically by Daniel Radcliffe).

The score begins with the initial wonder and curiosity of the discovery of Manny on “Intro Song”, where Dano’s bewildered whoa whoa whoa and Hull’s playful dah dah dah build into confidence and hope. Then there’s the disbelief and disappointment of “Cave Ballad”, where Dano sings, “Crazy/ I’m fucking crazy” and “I thought I was rescued/ But you’re just a dead dude/ And I’m gonna die.” The tracks that follow are laced with the magic that comes with the realization that Hank’s new friend has special abilities. There’s also fun in the very soulful rendition of “Cotton-Eyed Joe”, followed by a Sigur Rós-ian cover of John Williams’ theme for Jurassic Park. Highlight “Montage” encompasses the fun and wonder of the film’s heights, its lyrics a self-aware narration. “All we ever needed was a montage,” carries the self-aware cheekiness of Team America as the song itself evokes the wild energy of Karen O and the Kids’ “Rumpus” from the soundtrack for Where the Wild Things Are. Throughout, Hull and McDowell celebrate “true friendship,” as Hull sings at his most spirited.

In our recent conversation, Hull explained that immediately after reading the script for Swiss Army Man, he wrote, recorded, and sent off a song to the Daniels as an initial idea, purely inspired from his reading. It appears on the soundtrack as “A Better Way”. When listened to in this context, it becomes clear that its influence spreads across the entire score. Its vocal melody forms those of “Cave Ballad” and the idyllic “River Rocket”, and its chord progression can be found throughout. The track itself introduces an acoustic guitar for the first time on the album, a more transcendent take on Right Away, Great Captain!. It’s like a lullaby, too, about that last glimmer of hope in the most defeated of moments. Hull and McDowell were chosen for the score because that’s the same driving force behind much of Manchester Orchestra’s music. Even in the direst circumstances, a silver lining of hope must remain, if only for the sake of mental well-being and survival.